In autumn 2017, the #MeToo movement gained traction in Belgium, revealing to our society how common sexual harassment still is. The sheer number of women speaking up about their experiences confronted many who believed feminism wasn’t needed any longer. In 2018, #MeToo discussions continued with public figures in Belgium coming under attack for sexual harassment. Unsurprisingly, the Brussels bubble wasn’t immune to #MeToo testimonies either. More and more people started speaking up about sexual harassment, for instance, in the European Parliament.

#MeToo served as a wakeup call in Belgium and in Europe more generally. The big steps towards equal rights in different areas of our society, such as education, work, politics and sexual health, happened mainly in the twentieth and the beginning of the twenty-first century. Feminists like Marie Popelin fought for equal access to education and jobs. Belgian politics have seen the introduction of laws ensuring that women get at least one top spot on an electoral list and that the overall list is gender balanced.

The #MeToo movement gained traction in Belgium, revealing to our society how common sexual harassment still is.

A recent study from the World Bank ranks Belgium amongst the best countries for equal economic rights given to men and women. The fact that Belgium is one of the best countries in the world for gender equality led to feminist issues being pushed back on the political agenda. #MeToo is a reminder that even a progressive country like Belgium is not perfect. It reminds us to dig deeper and not to stop at equal rights and progressive laws. In short, I believe that feminism is now first and foremost needed in Belgium to unravel gender roles and perceptions.

Anti-feminism and gender roles are omnipresent in the Belgian society. Here are just a few examples:

“Is it for a boy or a girl?” – When I walk into an average toy shop, the extent to which our society sticks to made up gender roles still shocks me: Boys get blue cars, girls get pink dolls. Parents trying to be sensitive about gender roles and attempting to raise their kids equally perceive a “pushback” from society. It’s an uphill battle to ensure your son feels comfortable to be vulnerable from time to time and your daughter feels empowered to be adventurous.

“Men know why” – As the slogan of the most popular beer brand in Belgium, I used to hear this on a daily basis when growing up (now I just avoid advertisements). It honestly surprises me that a company would believe this is an acceptable slogan.

“Feminazi” – Feminism is often framed as a dirty word, displaying feminists as angry, whiny women. However, even if I love the internet and its memes, it also gives people (and misogynist people) a platform to voice their opinions in an anonymous, quick and easy way. The comment section under articles, social media posts and memes are almost a no-go zone if you want to start or end your day in peace without hateful comments.

Solutions that work? My own experience

Now that #MeToo put gender equality and gender roles back on the agenda, it is an opportunity for individuals of all genders to make use of the momentum and try to create societal change. The demands raised in the #MeToo movement should also influence the politics of Belgium and the European Union to foster gender equality. The upcoming elections for the European Parliament and the Belgian federal and regional parliament are an important political momentum to advance and step up the efforts for this societal change.

Empowered by the #MeToo movement and following the lead of others, I have stopped shying away from discussions about feminism. If everyone can convince just five other people that feminism is still needed in society, we’d be already a lot closer to a society free from gender roles. Often enough, it does not even have to go as far as a real discussion: I have the impression that talking about my own experience, explaining people that feminism does not equal “men haters”, and engaging in conversations about how gender roles are not good for men nor women already convinces a lot of people that feminism is needed.

The demands raised in the #MeToo movement should also influence the politics of Belgium and the European Union to foster gender equality.

Besides that, having female role models changed my life. One example of this is my experience within the Young European Federalists (JEF), an international youth NGO. Here, I encountered a lot of women in leading positions within the organisation. These women role models inspired me to take up a leading position myself and eventually become president of JEF Belgium, not hold back when I believe something is wrong, and pitch my ideas for the future. Additionally, I feel strengthened to advocate for feminism within JEF, because I see positive changes happening within the organisation. JEF has for instance a Task Force focused on Empowerment and Diversity, which is raising awareness (mostly) within the organisation and writing resolutions to create change.

Positive changes, however small they are, energise me to keep up the fight for feminism. Europe and Belgium have made a lot of progress in terms of women’s rights in the last decades, but we need to keep up that fight, especially now in turbulent political times. Because gender equality has not been achieved yet in practice, we demand action from EU member states and the EU itself to advance on this fight.

Let’s keep up the fight!

Ine Tollenaers is born and raised in Belgium. She currently lives in Brussels, where she works as the Policy & Advocacy Coordinator for The ONE Campaign. She is also the President of the Young European Federalists in Belgium (JEF Belgium), an international youth NGO advocating for a European federal structure, more European democracy and true European citizenship. You can follow Ine on Twitter: @inetollenaers

Ine Tollenaers
tollenaersine@gmail.com
Ine Tollenaers is born and raised in Belgium. She currently lives in Brussels, where she works as the Policy & Advocacy Coordinator for The ONE Campaign. She is also the President of the Young European Federalists in Belgium (JEF Belgium), an international youth NGO advocating for a European federal structure, more European democracy and true European citizenship. You can follow Ine on Twitter: @inetollenaers 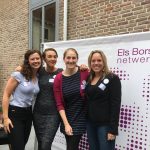 More Women in Politics – You Can Make it Happen 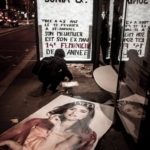