The show ‘Money Heist’ is a piece of art that has enjoyed an enormous worldwide popularity but, unfortunately, a lot of internalised sexism goes unchecked in such celebrated series. As a huge fan of Money Heist, in this blog, I review the show from a feminist perspective and deconstruct multiple examples of irresponsible writing.

Content streaming giants such as Netflix, Amazon Prime Video and HBO have put online entertainment into everyone’s hands. This is how even non-English language series and movies have amassed massive fandoms among worldwide viewers. The Spanish show ‘La Casa De Papel’ or ‘Money Heist’ as it is called in its English version, gained unexpected popularity, and millions of viewers indulged in the story of an elaborately planned robbery with great interest. The series presents a bunch of criminals, who come together as a team to break into the Royal Mint of Spain, and print as much money as possible as a sign of ‘resistance’ against the prevailing divide of rich/poor and haves/have-nots.

The characters train for months to successfully carry out their mission. Every step they take is supposedly planned to the last detail, including the hostages that they will take on that particular day, the exact timeline of their actions, and the tasks assigned to each member of the band, who respectively adopt names of famous cities to maintain anonymity.

According to forbes.com, 65 million Netflix accounts (and counting) have streamed the show till date. With its immense popularity, one could think the series is impenetrable – perfect from all angles. While there is definitely some state-of-the-art cinematography accompanied by a well-written script and award-worthy performances by actors Itziar Ituno, Álvaro Morte, Úrsula Cobreró and the likes, there are some aspects of the show that just don’t sit right in your mind if you watch it through a feminist lens.

Every day in modern society, we come across ignorant and bigoted opinions and this show is no different. Filled with openly misogynistic characters, `La Casa de Papel´ creates a narrative where it urges the audience to recognise the regressive, archaic views that they embody. There are multiple instances where middle-aged men (irrespective of sexual orientation) make heavily inappropriate comment only to have other characters merely roll their eyes in annoyance or retort with a clever one-liner. These instances are only opposed by the rare times when the female characters actually speak up by going on full minute feminist/humanist monologues. There is no in between.

It’s almost as if the writers expect the audience to be mature enough to understand why instances of blatant misogyny are being shown, without doing the dirty work of actually fixing it.

There is an instance when women are compared to cars – and Tokyo is deemed a ‘Maserati’. While this is portrayed as a clearly inappropriate analogy on screen and some characters disapprove of it, it still enjoys a good amount of screen time. It’s almost as if the writers expect the audience to be mature enough to understand why instances of blatant misogyny are being shown, without doing the dirty work of actually fixing it.

The fine line between love and abuse

Probably the strangest story arch is the one showing the character of Mónica, one of the hostages who is ordered to be executed by the leader of the band. Her life is spared by a band member, who she eventually falls in love with, and they escape together. The audience is presented with the woman’s dilemma with respect to abortion, since she has been impregnated by her married boss, who later emerges as a sexual predator. Her story involves coming to a decision about the pregnancy.

What is irksome is that while female characters understand the woman’s dilemma and facilitate her in making a decision, there is an ongoing pro-life sentiment among the men that somehow influence her choice. You can’t decide what is worse – the glorification of Stockholm syndrome, or the pro-life trash that is being served to us under the pretense of ‘love’.

Another chilling storyline is that of the robber, Berlin, taking advantage of a hostage and engaging in so-called ‘consensual’ relations with her. This character from the very beginning is shown to be a misogynist who indulges in regressive, sexist humour with no abandon.

While there are many more examples of unaddressed sexism, there is no denying that the female characters of the show are a bunch of powerful heroines. They take up tasks that are previously ruined by their male colleagues and fix them.

As the story progresses, we find his behaviour even more disturbing, to the extent that he derives pleasure in tying up under-age hostages to ‘calm them down’ after an anxiety attack. There is a scene where his victim confesses to a fellow hostage her reasons for getting sexually involved with him, which is heartbreaking to watch. She is put through some heavy mental abuse and traumatic experiences at his hands. This is in touch with the problematic pattern of this show’s writing, because somehow, after having viewed the entire story, you find that Berlin emerges as a ‘hero’, someone admirable for his charm, wit and noble deeds.

While there are many more examples of unaddressed sexism, there is no denying that the female characters of the show are a bunch of powerful heroines. They take up tasks that are previously ruined by their male colleagues and fix them. When the character Nairobi looks into the camera and declares ‘Let the Matriarchy begin’, it is definitely goosebump-inducing.

We come across two strong, able policewomen who navigate working in a male dominated job and balancing personal tribulations like domestic abuse or death of a spouse with great strength. One of them is shown to torture prisoners and order executions at free will, all the while strutting around with a pregnant belly, schooling us in how women can be psychopaths too.

Currently rated at 11th in IMDB’s list of the most viewed shows, it is clear that Money Heist is a worldwide hit. For all the appreciation and fan following the show received, some semblance of accountability is expected from the writers who came up with such a phenomenal story. This piece is not just to critique, but to bring forth the clear evidence of systemic patriarchy even in this refined piece of art.

Dr Agrima Thakur
thakur.agrima@gmail.com
Agrima is an Orthodontics (Dental Surgery) resident currently studying in India. She is a feminist- in- progress, an avid reader, wannabe marathoner and closeted comedienne. When not busy studying treatment plans for her patients, she likes to write on issues such as the environment, feminism and education. 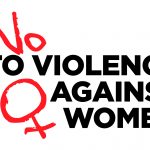 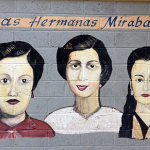 One thought on “‘Money Heist’ and subtle sexism in popular media”