We are in the middle of Women*s History Month!
Sadly, women*s achievements throughout history are still diminished, ignored, and not recognized enough. Feminism is needed to empower women* and help amplify their voices!

International women*s Day is essential for raising awareness about persisting inequalities, gender-based discrimination, and to join forces to foster more inclusion and equality.

Check out below what Young Feminist Europe members have to say in the scope of our IWD2021 photo series, created by YFE member and activist Melanie. Also check the series on Instagram.

“If there is something this pandemic taught me, it’s to which extent feminism is still needed. Inequalities of any sort are still taking their toll on women. Our rights are under attack, our freedoms tackled. Intimate partner violence has increased since the beginning of the pandemic, abortion rights have undergone an alarming backlash.This year, more than any other year, we have to raise our voice and celebrate International Women*s Day. Nothing will stop us from marching, no-one will stop us from demanding substantial equality.” 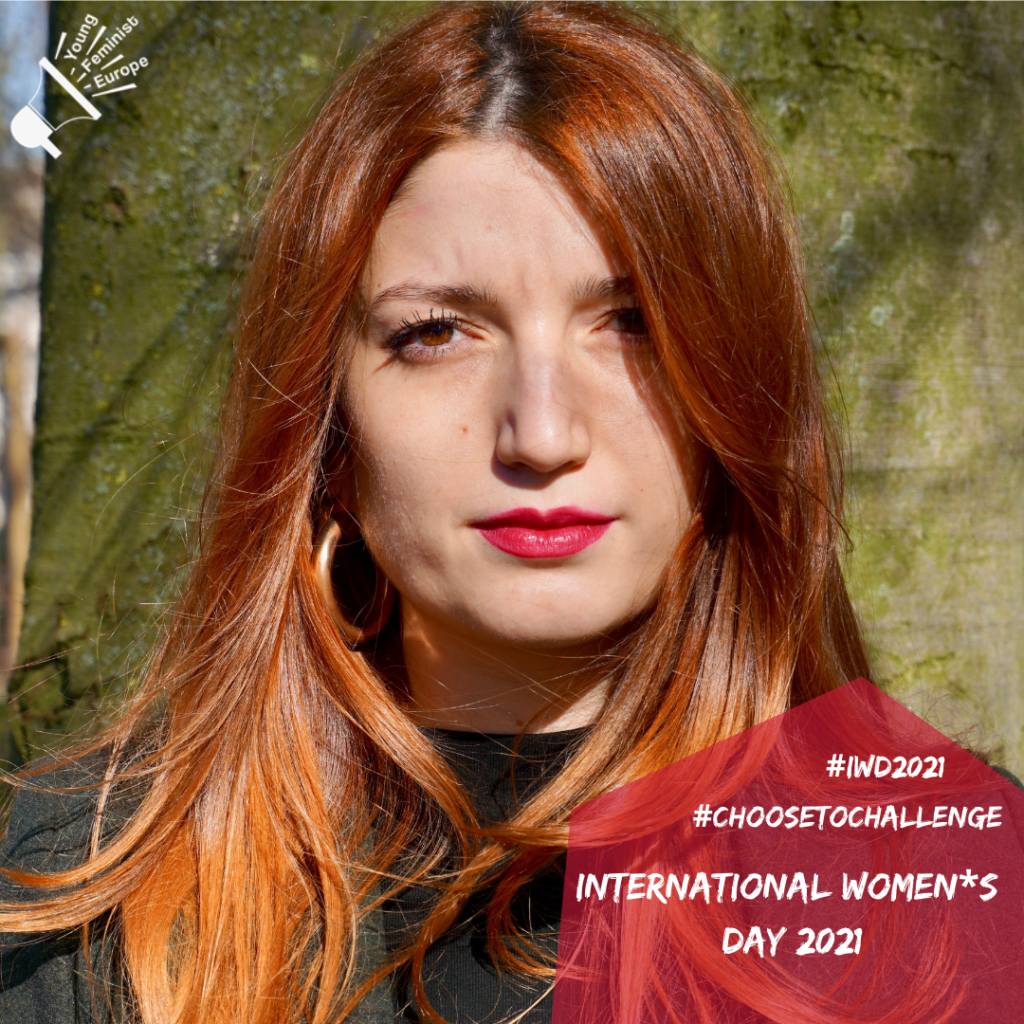 Smash the patriarchy not the envirnonment

“I believe in an equal world for everyone. There are many reasons why I started calling myself a feminist triggered by my own experiences but also by starting deconstructing social structures, values and norms. These are misogyny, the oppression of and violence against women, sexism. Being an environmentalist, I am also a strong ecofeminist fighting to close the gap of women’s participation, leadership and empowerment when it comes to the green transition: smash the patriarchy not the environment.” 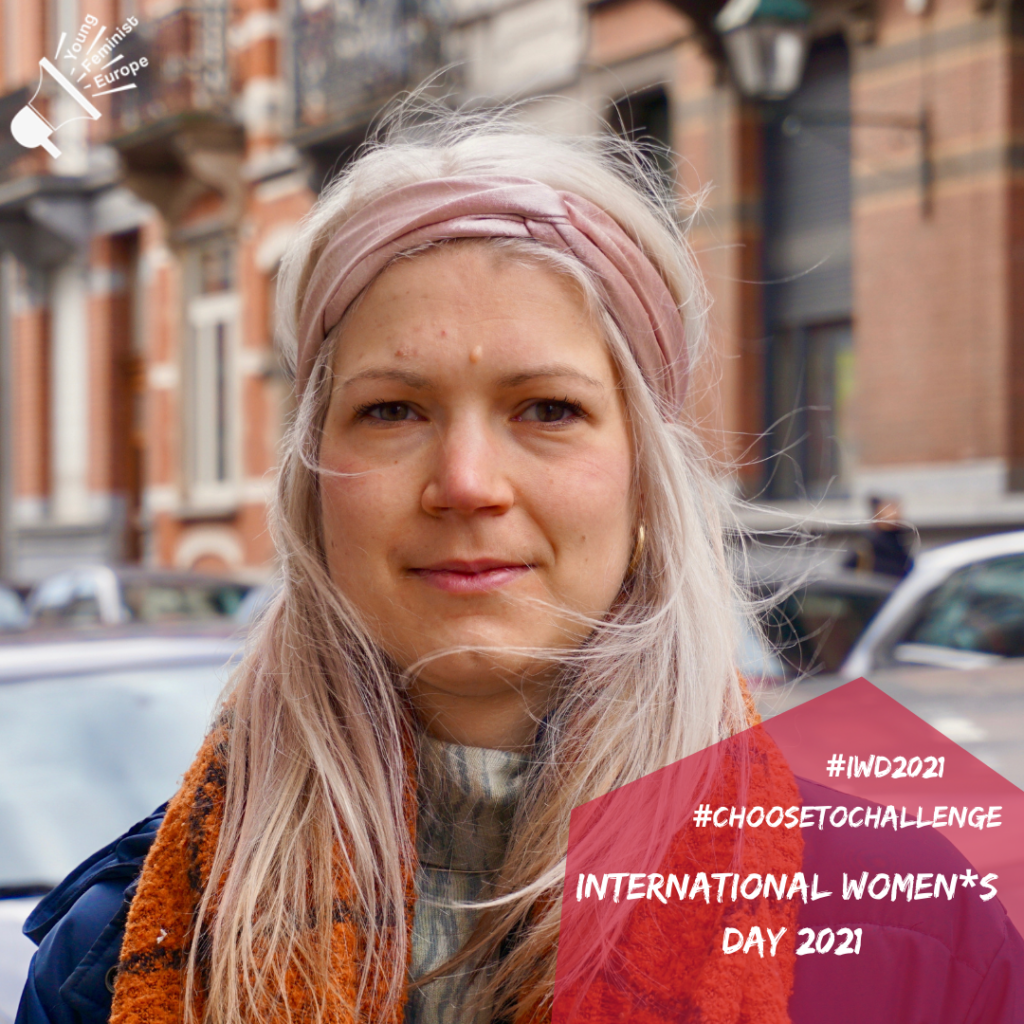 “At the occasion of IWD2021, I want to remember that feminism is an everyday struggle. This should not make companies and leaders forget the political dimension of this day. Let’s not fall in the trap of pink washing and pretty words. Let’s encourage real commitments from every stakeholder at every level.

My feminist commitment is the result of an important deconstruction work on many topics such as body injunctions, heteronormativity, internalized sexism. Then, a strong ecological awareness that led me to learn more about ecofeminism. I also believe feminism is needed for as long as we will have to face sexist behaviors in the work environment and to achieve real equal pay and inclusivity in the workplace.” 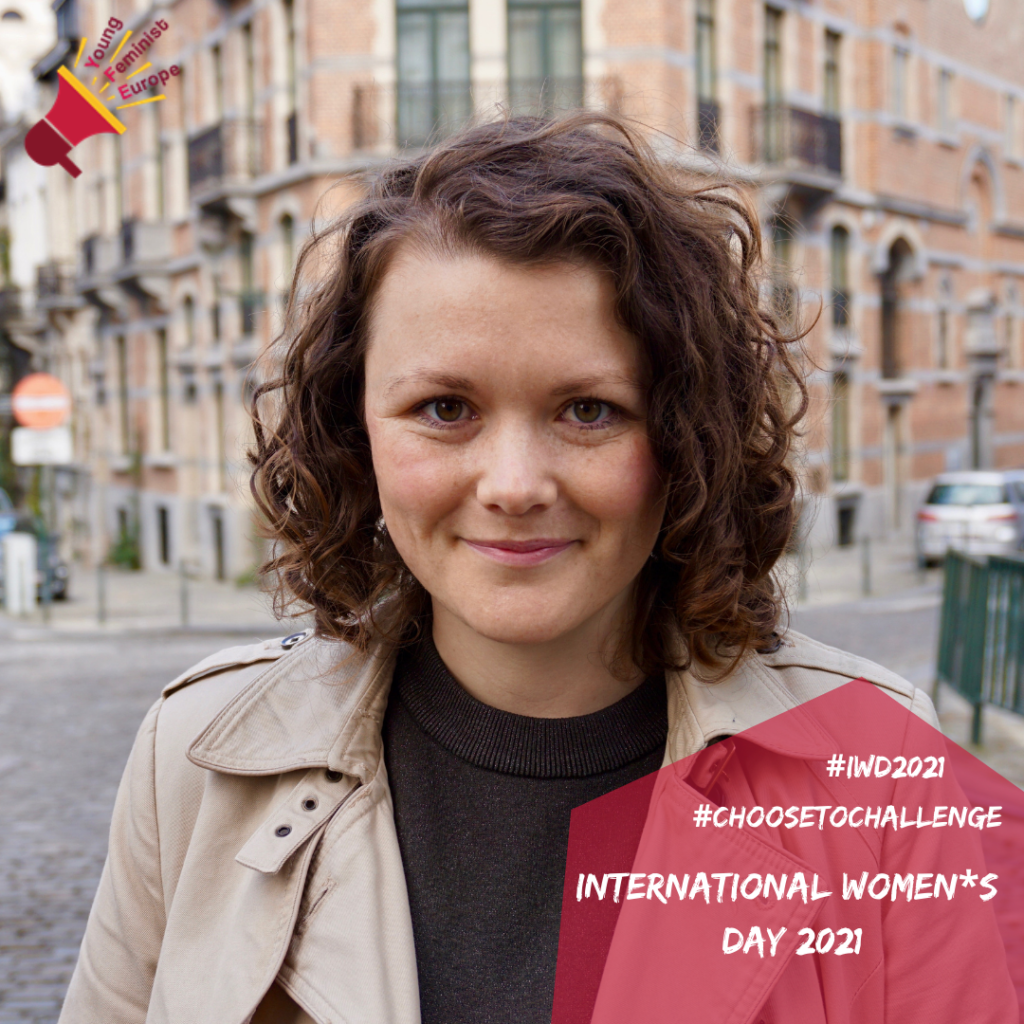 “I dream of a society that is free of gender norms. We need to continue to raise awareness on sexism and challenge stereotypes and bias which have a destructive impact on all genders, and particularly young people.

Only then can we ensure that everyone is able to live up to their full potential, pursue their passions and develop their skills. The International Women*s Day is a great opportunity to refocus on the necessary action points that need to be taken for this to become a reality.” 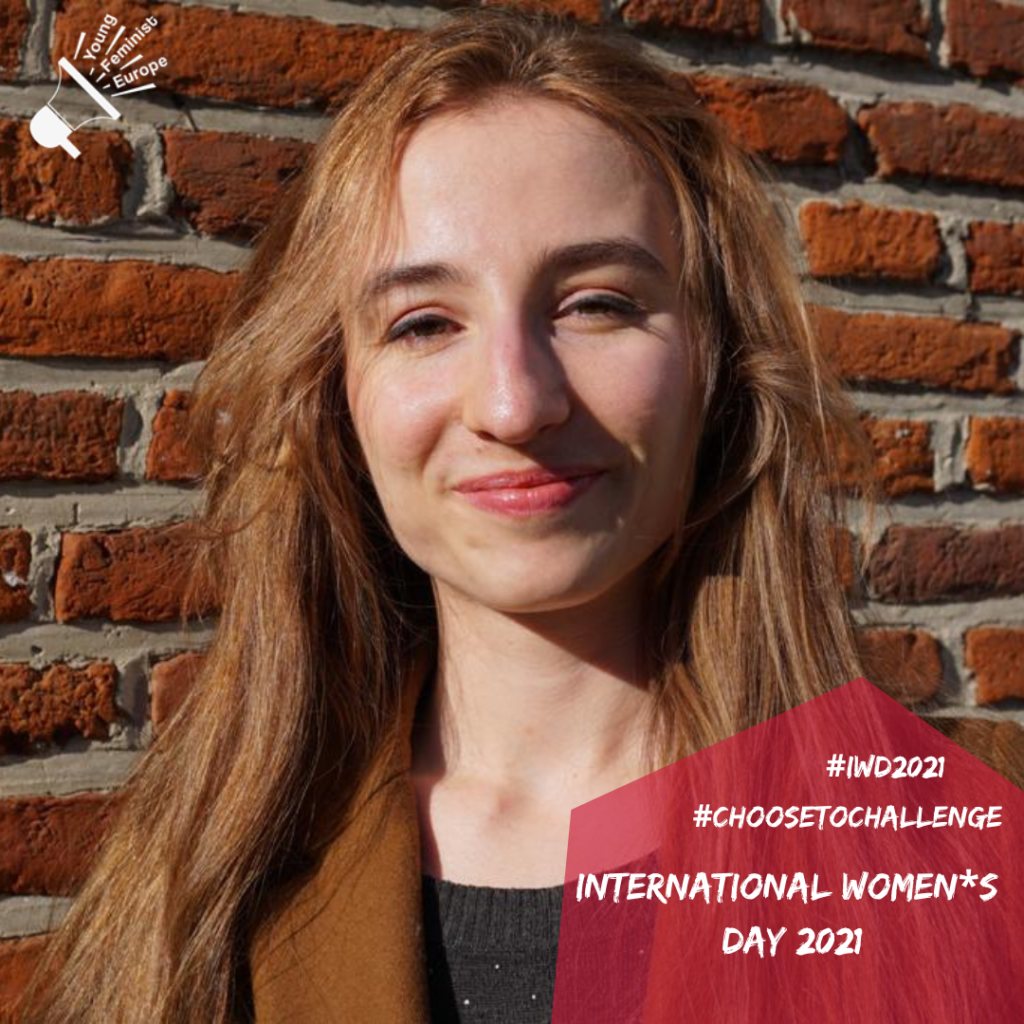 “The reason why I got involved in Young Feminist Europe was the need to take action at my level and making sure that we were building a society that does not ignore half of the population’s rights and voice. Feminism is also for me about positive and empowering messages: deconstructing internalized patriarchal ideas takes time but ultimately, it encourages us to support each other!” 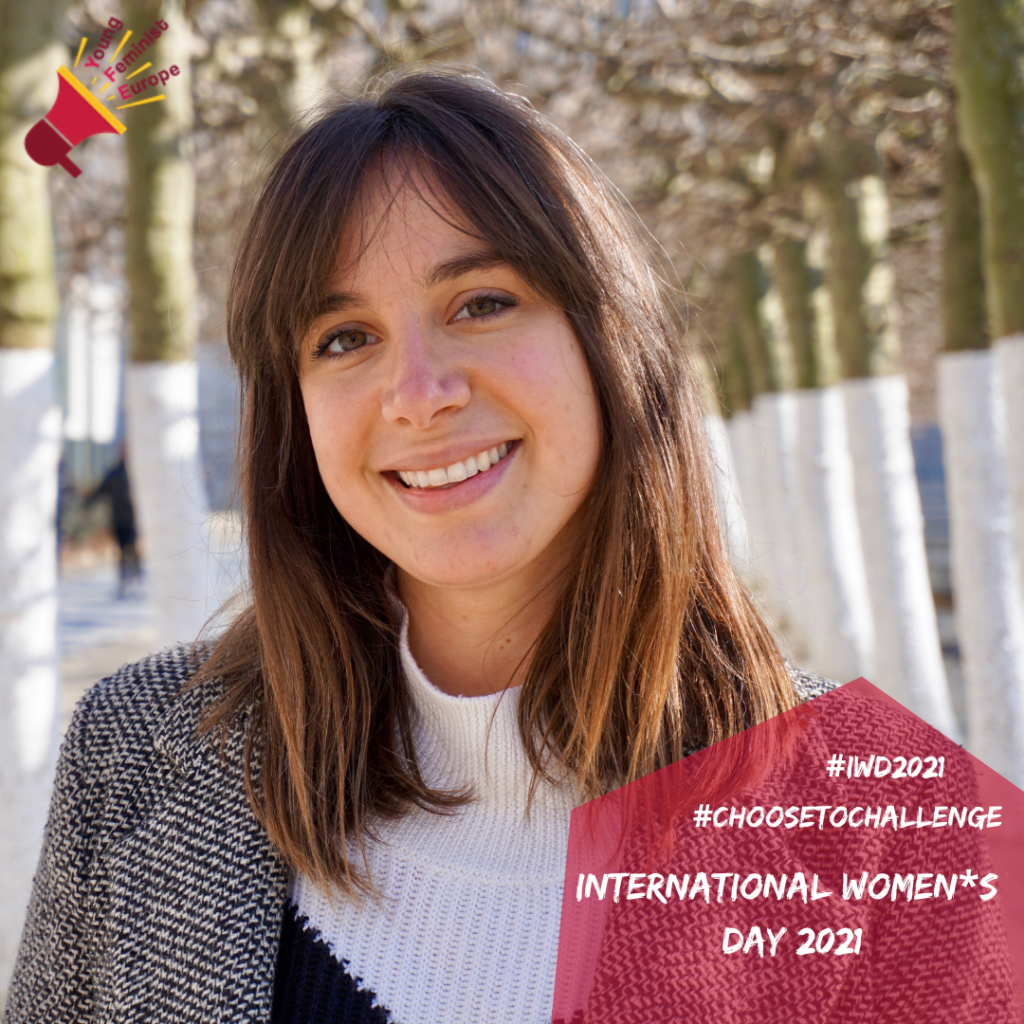 “Why is feminism still needed for me? I would say for the obvious – but maybe not so obvious as some people still think we are exaggerating… – for equal pay. In 2021, women are still not paid the same as men for equal work. That’s just outrageous. We need to work on this. Often people hide behind the law saying that women and men have the same rights. Yes, maybe… but in practice, things are so much more different!We need to stop hiding behind the law and start looking at the empirical data. Looking at the data, we also need to acknowledge that there is a pay gap between women, a racial pay gap. Women of colour are paid considerably less than their white counterpart.With just only one subject, we can already see how gender, race, and even disabilities or sexuality, are intersected. We cannot fight for gender equality without fighting for a racial justice. We cannot fight for gender equality without considering sexuality, disabilities, social class. Our lives are inherently intersectional, so must our fight against the patriarchy!To name a few reasons, feminism is still needed in 2021 to end gender-based violence, to rebalance the inequality in the ‘care’, for a better representation in women in ALL spaces.” 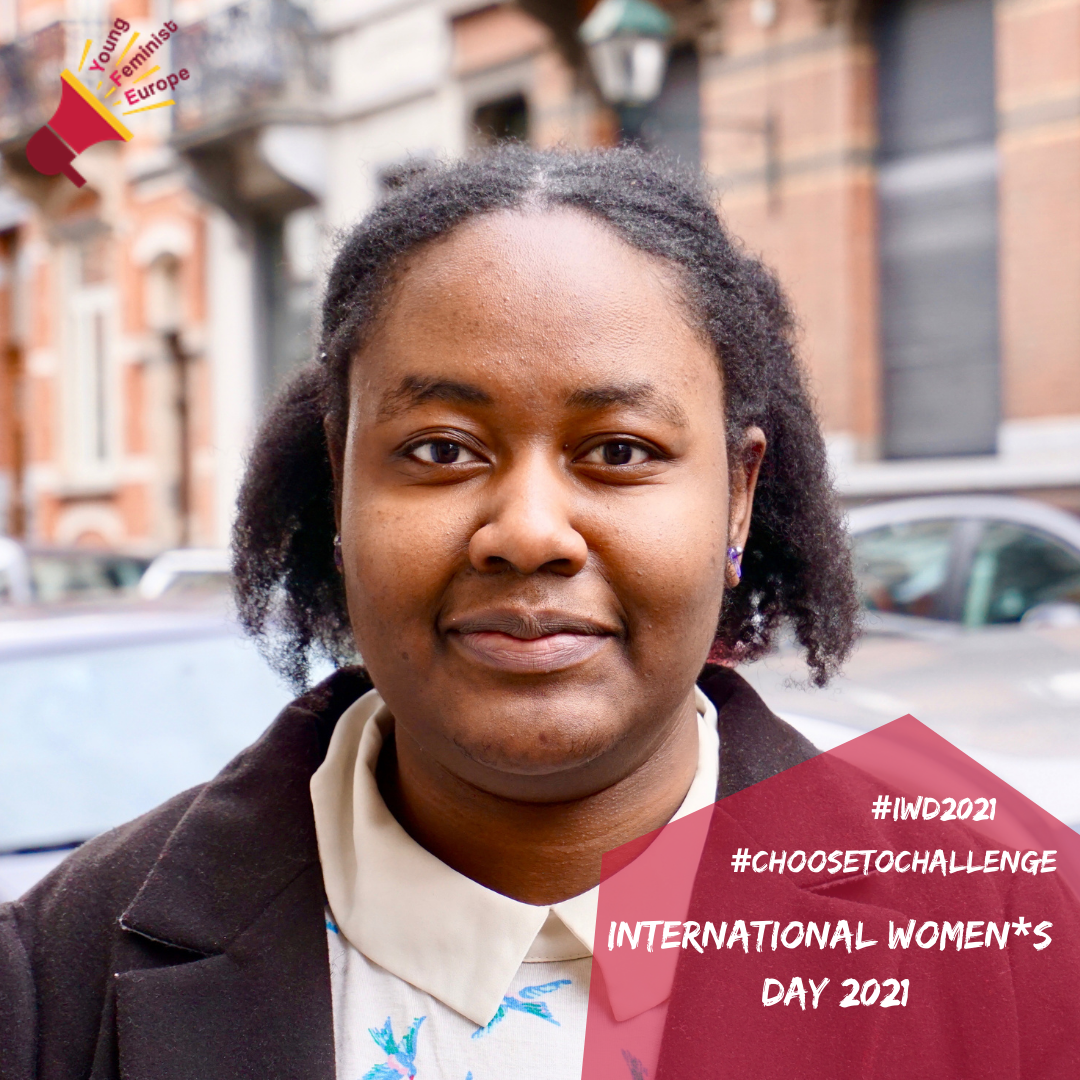 “I believe I’ve always been feminist, but I started calling myself « a feminist » and reflecting more on feminist issues in university – debating, voicing my opinion more. Then, I reached a stage where I needed to go further, to truly live it, be more involved, move the lines – walk the talk. That’s why I joined Young Feminist Europe.

Of course, we should strive for equality on a daily basis, but people’s attention span is short, we get caught up in our daily life, not everyone is convinced feminism is still needed etc. So if we need to spark debate and pick people’s brain on a specific day to raise awareness then, let’s do it!” 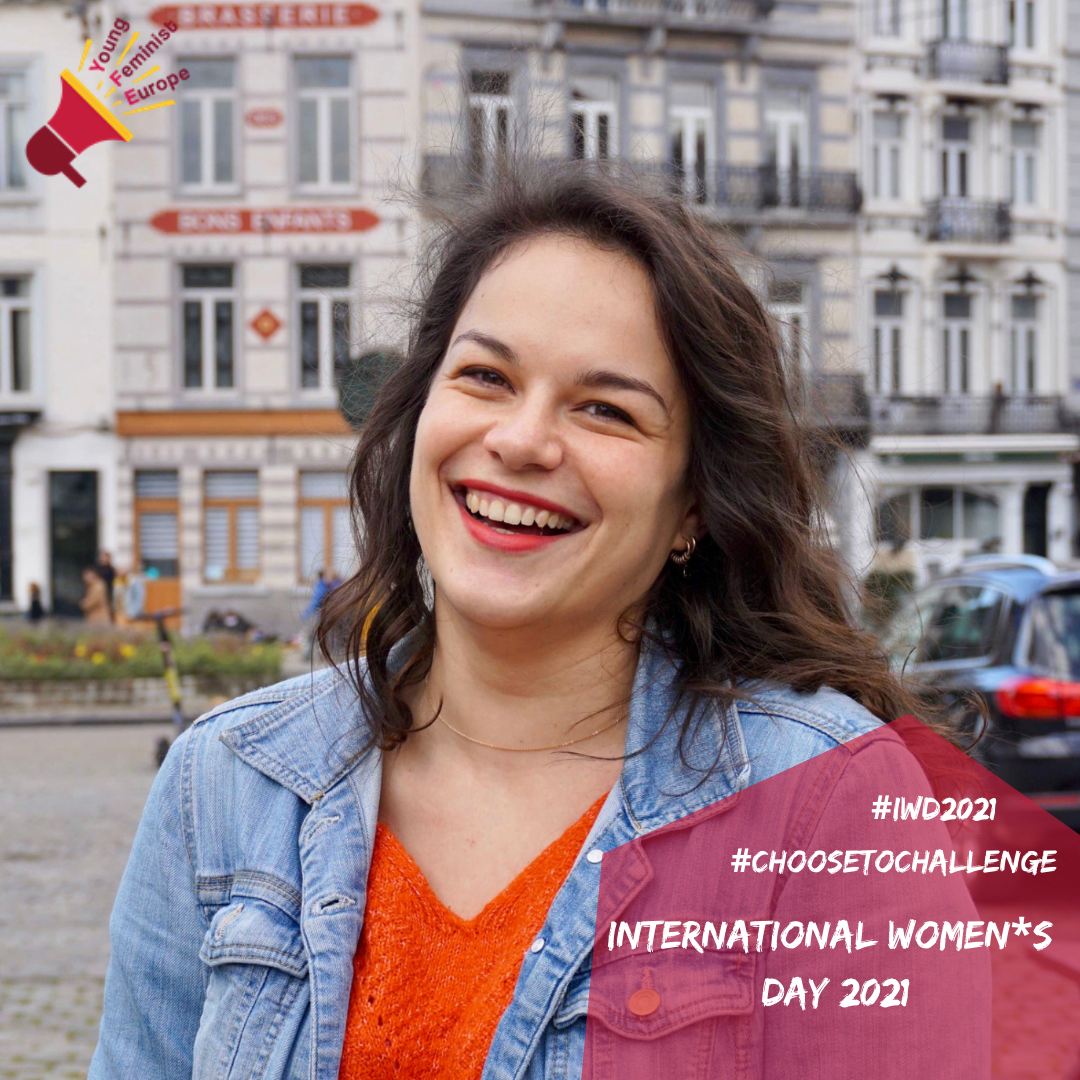 “I’m frustrated about constantly having to explain that feminism is not a threat, and even more in front of those who act to invalidate and silence women and their everyday realities.

It’s important to always have a voice but it’s also important to know how to listen and act when you are privileged. We’ve been speaking loudly and clearly about our living experiences.

Feminism gives us a voice and the power to fight against this patriarchal system that harms us all in a different way. Today and everyday, let’s make the patriarchy uncomfortable!” 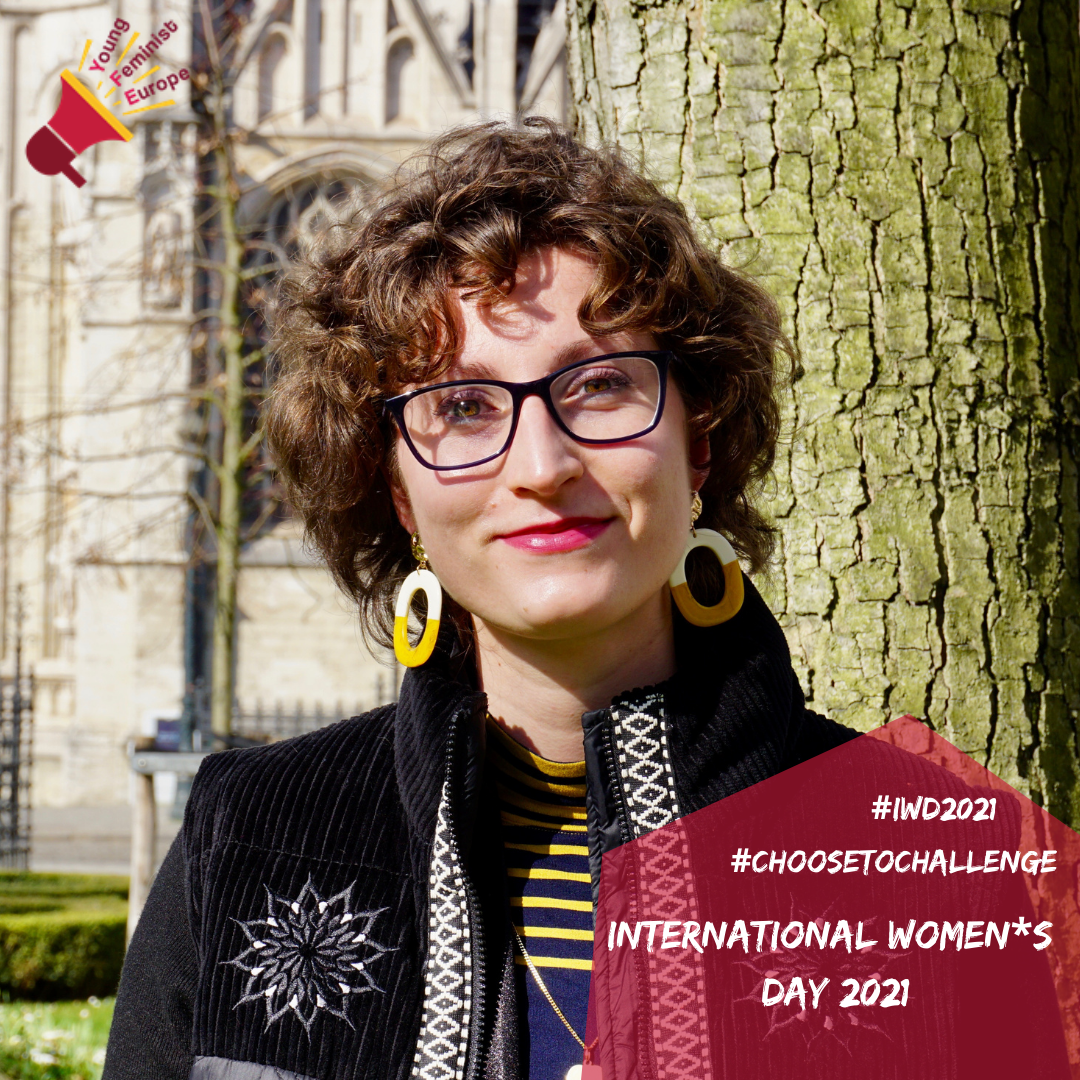 “I’m celebrating the International Women’s Day this year because I still need feminism. I need feminism because women still earn less than men. Because women do not have the same opportunities in the job market compared to men. Because people still think a woman’s body is not her own. Because I am sick of being catcalled by strangers. Because women deserve to live without fear of being harassed in public spaces or in their own home. Because all girls were required to take a self-defense class in my school, and boys weren’t. Because making up and saying ‘I have a boyfriend’ is often the only way for men to understand ‘no’ because they respect an imaginary boyfriend more than me. And so many more reasons.

I need feminism because gender stereotypes and gender roles puts limiting individual and social expectations on women and men.” 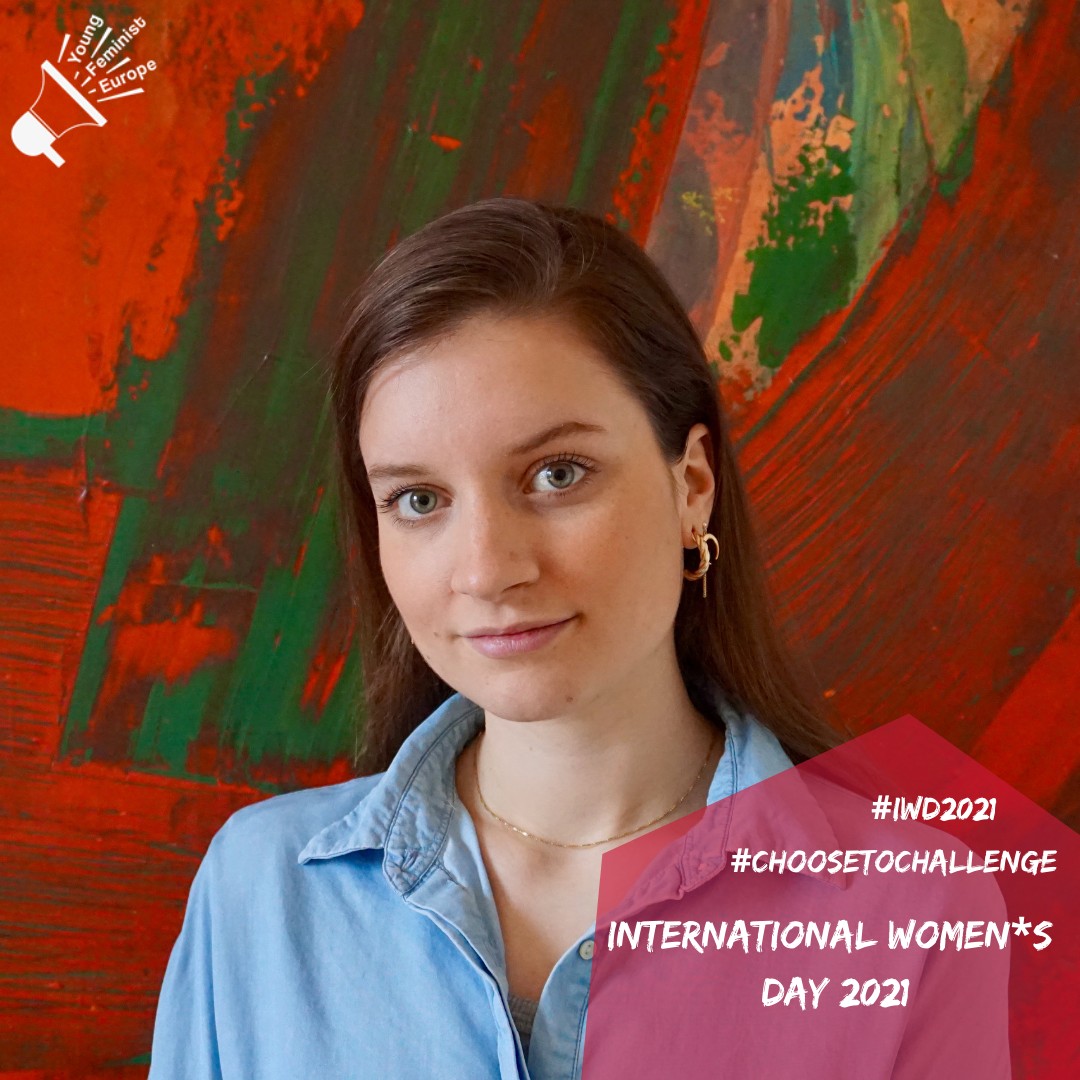