Louisa Lorenz is currently finishing her M.A. in gender studies at the University of Göttingen in Germany. She has been a feminist “since she can remember”. Louisa did her bachelor’s degree in Cultural Studies and English, with a thesis on the representation and cultural history of the clitoris. Since 2016, she gives workshops on the clitoris and other topics such as “Contraception with a socio-critical approach” and “Sex education as a feminist practice”. In this interview, she explains some of the myths, history and social misunderstandings about the clitoris and how it relates to feminism. Check out Louisa’s website.

One of your workshops is called “Clit night – anatomy and cultural history of the clitoris” How did you come up with the idea?

I’ve always been interested in feminism and found it striking how many aspects of gender inequality play out around sex. Through my work on the cultural history and the visual representation of the clitoris, this has become clearer to me than ever. Most of us think that the clitoris is the size of a button and it is often treated as a “nice-to-know-add-on” to sex, when really it equals the size of the penis, just mainly lying on the inside of the body, and it is the life of the party, not a secondary character.

There are many double standards for men and women; the lack of knowledge and the reluctance to teach female anatomy adequately is just one of them. I realized that the way we talk about sex and sexuality can contribute greatly to a more equal society

In the context of YFE’s #MyClitCounts campaign, we are of course especially interested in the “Clit Night” workshops. Can you tell us a bit more about them? What happens during these workshops?

The Clit Night is a three-hour workshop consisting of two parts:

First, we talk about anatomy. Contrary to what many people usually think, most of it lies inside the body. We have a look at many different pictures to get a better understanding of how large the clitoris is and what it looks like.

In the second part of the workshop, we look at the cultural history of the clitoris. What did people know about the clit throughout history and how did society deal with this knowledge? The full anatomy of the clitoris has been known since the Renaissance, yet it is still missing from many anatomy books even today. We discuss the different reasons for this.

Who are the people taking part in your workshops? Do you think you are reaching the “right” people?

Everybody who’s interested in learning about the clitoris is welcome at Clit Night, regardless of gender or sexuality. The majority of the participants are women who are interested in the topic because they’ve already realized that there is a lot that they have not been taught about their bodies. Men also come to the workshop, but I’ve noticed that they are more hesitant. Sometimes they worry that they might not be welcome, or it takes them a lot of courage to go to a clit workshop. After all, admitting that they still have stuff to learn about the clitoris is not in line with social expectations of masculinity, where men just know how to please women and don’t need advice.

My workshops clearly are a feminist space, but gender equality isn’t just a women’s issue and men are very welcome to join. I hope that more men and women will confront their insecurities around sex and can experience how empowering it can be to share your questions with others and take away the pressure of having to know everything about sex.

What are the reactions you get during the “Clit Night” workshops?

From people who’ve attended the workshop I’ve been getting nothing but thankfulness. This is something that touches me every time – people letting me know how grateful they are for the detailed information on the clitoris. And yet, even though this makes me very happy, I’m also upset to see that for so many people this happens only in their 20s or 30s, when they should have gotten this information much earlier and with less effort.

Why is it that the knowledge about the clitoris for so long has not left the academic sphere, with most people completely unaware of the clitoris’ anatomy?

The knowledge about the clit isn’t even in the academic sphere! I find it shocking how many medical students or even working doctors who come to my workshop, tell me afterwards that they’ve never been told about the anatomy of the clitoris in this way throughout their studies. Same goes for biology teachers who may need to teach sex education as part of their curriculum. They are not qualified and it isn’t even their fault.

The most basic problem is visual representation. In most anatomical images the clitoris is simply not shown. It is either completely left out or sometimes anatomical drawings show the head of the clitoris, which makes up the smallest part of the organ, and then a whole lot of nothing. The reason for this is not the lack of scientific knowledge. The reason for the denial of the size of the clitoris is very simply that it undermines the patriarchal view that women are inferior. Most of what makes up the penis is erectile tissue. This same erectile tissue makes up the clitoris, only that it is not dangling around, but most of it is tucked away on the inside of the body. Bearing in mind the full anatomy of the clitoris, the “lack of a penis” no longer holds to justify inferiority or inequality between the sexes. To quote the art work of Sophia Wallace: ‘There is no lack.’

Moreover, the clitoris makes women independent in their sexual pleasure. Most people with a clitoris achieve orgasm by rubbing the outside part of the clit. The internal part of the clitoris can also be stimulated, e.g. by inserting a finger or a sex toy into the vagina. A penis can be nice, too, but it is certainly not necessary. This is of course worrisome for a society that likes to keep women dependent on men.

On top of that, the clitoris also makes pleasure totally independent from reproduction. The fact that women want to and can enjoy sexual pleasure just for the sake of it, without the threat of unwanted pregnancy restricting their sexual behaviour, does not fit the place that patriarchy has assigned for women in society.

How would you change sex education at school to make it more feminist?

I think a big problem about the way we talk about sex still today is the focus on reproduction instead of pleasure. Yes, it is very important to know where the babies come from. After all, most of us try to prevent it most of the time. But this also makes clear that we rarely have sex for reproductive reasons. There are tons of other reasons to have sex and they may also change throughout our lives. People have a million questions about sex that have nothing to do with reproduction and we have hardly any spaces that make us feel comfortable asking them, let alone that provide helpful answers.

For our sex education to represent values of equality, it needs to be more inclusive and comprehensive. The following is not a complete list, but: It should teach us how to talk about our desires and boundaries. It should teach us about contraception and safer sex. (also about the fact that it is a shared responsibility). It should teach us that diversity is normal and that our bodies are fine. Last but not least, sex education should also teach us that there is more than one way – a.k.a. penis in vagina – to have sex and that good sex can mean completely different things to different people.

Has the knowledge you gained since you started getting interested in the clitoris changed the way you think about yourself?

It has definitely changed my perspective. Of course, it has changed my ability to explore my body and make more sense of what gives me pleasure. But I think the bigger impact for me was understanding how closely my personal decisions and my individual emotions are actually tied to gender politics – more than I had ever been aware of before. 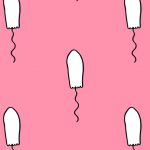 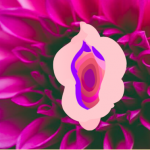 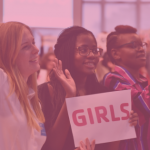