Almost two months into the protests boosted worldwide by the Black Lives Matter movement, the corporate discussion has remained distance. Even though the problem is also deeply rooted in an economic system that has been built on white privilege and has stigmatized race, the professional networks barely acknowledge their responsibility on the issue. As a young Colombian professional working in Germany, I have seen at first sight the unequal structures of professional networks that lower opportunities based on race biases, and would like to do my part to fuel a needed discussion.

Two months into the protests around Black Lives Matter, most corporations have not shown much interest in the content of the claims and the issues highlighted by the movement. Only a few, particularly those that have been previously put on the spot for their blunt racist practices, such as Nike and Amazon, have published statements addressing their concerns and creating paths to improve their structures and offer equal opportunities.

Yet, many corporations have remained silent and distant from the conversation. This is very worrying considering that the present discontent is also linked to the lack of opportunities that the privileged white economic system offers to people of other races and ethnicities, which are not considered white, and the impact it has on the way they can construct their lives.

In a context where everyone can acknowledge the “privileges” they have and get involved to change the status quo for minorities, it appears imperative to start acknowledging how unaware we can be about race struggles.

While the main drivers of the Black Lives Matter movement are police brutality and abuse of power, racism is embedded into our economic system in such a way that marginalizes people just by the way they look or their names (reflecting their racial background). That is why it strikes me that, although the discussion is dominating the majority of the media outlets and social platforms, the debate has still not taken place on specialized social media, like LinkedIn, a platform that aims to improve everyone’s professional opportunities by broadening their networks.

So, have professional networks no interest at all in getting involved?

Oppression continues to be enforced by the power structures that modern society keeps perpetuating. No matter how globalized and open-minded we become, our professional networks remain unchanged. Race biases are still hindering entry opportunities to qualified professionals that would perfectly perform regardless of their ethnic, socio-economic, and racial backgrounds.

The privilege of getting a corporate job

Even though globalization is heading towards integration, corporations are only willing to get involved so far as they are not required to adapt. Regardless of skills, capacity, or the credentials shown by candidates, companies are still unsure about diversity and accepting different qualifications. This ultimately perpetuates an economic system where opportunities are limited by the only element on your résumé that you did not choose. Hence, the racial divide will remain as long as professionals attach -consciously or unconsciously- to the idea that different is worse.

In fact, research shows that “whitening” a resume, by deleting references to race, boosts the candidate’s chances of landing a job. It seems that many corporations disparage qualifications just because they can recognize them, or they are prejudiced towards race. But, trust me, if a candidate that, regardless of the economic c hindrances imposed by such an unequal society, has managed to obtain all the requirements for a position, then it is obvious that they can succeed in their job. After all, “they didn’t come this far to only come this far.”

A front-row experience: a Colombian in Germany

I know this from personal experience. I am a Colombian lawyer with a Masters Degree in European Regulations living in Germany. Every interview I’ve had and most of the professional meetings I’ve taken part in have something in common: the evident surprise of the other(s) of my language domain and my knowledge. Overall, I get phrases like “wow, you are actually pretty smart”, “your English/German is pretty good”, “wow, that point it’s actually accurate” and such, just for doing my job. Almost as if they were expecting nothing coming from a little Colombian girl, that obviously has not had a quarter of the comforts that one can experience by growing up in a western European country or attending a big-name university. And my guess is, they also think the same every time they see my CV for a job application and chose to not even give me a shot, despite my skills and qualifications.

And that is precisely the issue. Statistical discrimination is a thing and it’s closing the doors for minorities, that otherwise have not only the suitable qualifications but also the motivation to do their best in a job. People with a different racial background born in different circumstances have fewer opportunities to start with, and it seems that no matter how good they become, they continue to encounter entry-barriers due to a system that simply undervalues their credentials.

Further, it is especially hard when your race has been systemically sexualized over the years. For many, race also implies carrying around a stigma regarding your looks. As a Latin woman, many can’t pass my looks, only considering my presence as an “exotic” token to fulfil their fantasies. Hence, it often happens that my opinions get undermined, and all the interest I attract is precisely the one I do not want to obtain. With the years here, I have learned to “toned down” my curves with layers of clothing and even cut my hair trying to break the stereotype (spoiler alert! it did not work).

But my experience is minimal, and I am just using it to put a face on an issue that many think is a distance to their circle. My personal experience is just here as an example, but not because I consider it so relevant, rather because it is the most truthful I can be. I can’t really speak to other experiences since they are not mine, yet my guess is that they have been way more difficult, even in societies where everyone thinks the choices are given equally to everyone.

Race and gender equality benefits us all

Fighting racism requires activism, yes. But the solidarity many white people have shown by protesting needs to be transformed into personal behavioral changes too. Accepting racial and cultural differences also means accepting diverse education backgrounds -because top universities are just simply not a possibility for many of us-, and acknowledging that, if someone has made it out of their oppressing circumstances, then it will likely lead their professional career further showing the same determination and commitment.

To all the western sensible folks that may read this, who know how privileged their life has been and want to advocate for a better change: How can we change a racist system and reach that preached inclusion without accepting different backgrounds? Isn’t it discriminatory to set a prejudice for those coming from another country, another university, another context? I invite you to rethink your work environment.

I am a lawyer with a Masters in European Governance & Regulations. Being born and raised in Colombia, has given me a particular perspective about life. It has not been easy for me, yet many will never access the opportunities that I have now. That's why, earlier on in my career, I have been advocating for those that remain marginalized. Aside from my role as a Communications Manager in a German FinTech, I permanently engage with social initiatives: I support pro-bono as a researcher collaborator for German Zero, an environmental NGO, and collaborate with Hiedras, a digital collective based in Medellín, that aims to fuel the discussion about feminism in a context where sexism is embedded in the culture. Tw: @Cuentmelotodo1

Luisa Blandón
luisaf.agudelob@gmail.com
I am a lawyer with a Masters in European Governance & Regulations. Being born and raised in Colombia, has given me a particular perspective about life. It has not been easy for me, yet many will never access the opportunities that I have now. That's why, earlier on in my career, I have been advocating for those that remain marginalized. Aside from my role as a Communications Manager in a German FinTech, I permanently engage with social initiatives: I support pro-bono as a researcher collaborator for German Zero, an environmental NGO, and collaborate with Hiedras, a digital collective based in Medellín, that aims to fuel the discussion about feminism in a context where sexism is embedded in the culture. Tw: @Cuentmelotodo1 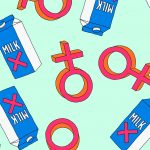 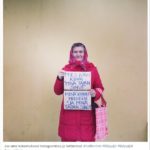 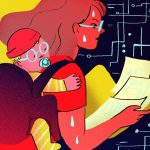 Women and Work: The decision to have a child whilst pursuing a career in the UK