The body positivity movement has come a long way in the last decade. More than ever before, we could see diversity in women’s size, gender, race, physical abilities and their overall appearance. However, this initially positive movement has taken a wrong turn.

The body positivity movement has gradually turned from body acceptance to body obsession and TikTok is living proof of that.

The TikTok trend ‘bodies that look like this…also look like this’ is a body positivity trend that empowers girls and women to be aware that there are all sorts of body types out there in the world. Furthermore, it aims to show women that various angles make your body look differently and how social media sometimes promotes fake ideal perception of one’s body. Although this trend definitely has had some positive impact on its viewers, it increases women’s fixation on their bodies instead of focusing on more important aspects of their life, thus, re-establishing patriarchy in a form of body liberation.

There are a countless number of very similar trends circulating on TikTok, aiming at normalizing specific parts of women’s bodies-whether it is hip dips, non-flat tummies, non-peachy bums or stomach rolls. Funnily enough, I was not aware hip dips were ‘a thing’ before TikTok introduced me to it. Therefore, these trends aim at normalizing different bodies, but they also can cause a counter-effect and create new insecurities while trying to do the opposite.

The face of body positivity is a thin one

One of the main faces of the body positivity movement on TikTok is the 17-year old Sienna Mae Gomez who uses the platform to show her ‘imperfections’ in all its glory, creating a safe space for young girls to feel more accepting and loving of their bodies.

The face of the body positivity movement on TikTok is a thinner girl that in reality serves as a role model to straight-sized girls to feel more comfortable about their bodies.

While this is a great step forward, compared to my unlucky generation that still remembers supermodel Kate Moss’, at the time, very popular quote that ‘nothing tastes as good as skinny feels’, we have to address the obvious.

Sienna Mae Gomez recently stated in a clip that she ‘’never claimed to be the face of body positivity’’ after receiing backlash that she only makes bigger girls feel worse about themselves. And Sienna is right, she never asked for this, rather it is TikTok that consistently favours thinner women as the face of body positivity. Meanwhile, one of the initial reasons for the creation of this movement was to normalize bigger bodies that in reality face the most scrutiny and criticism.

The question arises of what space that leaves for larger women, who already face more backlash for their body type. Recently on TikTok, model Ashley Graham faced her commentators who said she is pretty ‘for a big girl’, to which the model responded in her TikTok telling people she is ‘pretty and period’. Another example is singer Lizzo, who faces scrutiny regularly on social media for being bigger, although she often posts videos of exercising and eating healthy.

Another element of TikTok is moving from the ‘skinny girl’ prototype of the beauty standard to the ‘perfect hourglass’ figure. TikTok is filled with girls giving advice on how to have a bigger bum and a smaller waist.

Hourglass body type is reinforcing the same unreachable ideal of beauty that the ‘thigh gap’ trend did roughly ten years ago.

A popular trend that emerged is ‘small waist, pretty face and a big bank’ in which girls on social media are setting the agenda of mainstreaming the relatively new ideal body type and creating new insecurities for women and girls that do not have these hard to achieve body measurements.

The re-emergence of the hourglass body type as the mainstream definitely dates back to the idea of giving curvier women more confidence in reverse to the ‘skinny girl’ prototype as the ideal. However, looking back at the music industry in the 2010s, it can be argued that this had nothing to do with body positivity but rather with competition between the ideal body type, aka skinny vs. hourglass. Songs such as Nicki Minaj’s ‘Anaconda’ in which she states to ‘f*** the skinny bitches’ and Meghan Trainor’s ‘All About That Bass’ although served as body positivity songs, in reality increased hatred towards thin women.

One important step that needs to be done is to bring true body positivity to life and go back to its roots. In other words, making the fat acceptance movement the focal point of the body positivity movement that pivots ending fat-shaming culture and discrimination of people based on their size.

…there is potentially less space left as part of your algorithm to scroll down and virtually discuss other important things in life as well as other crucial aspects of feminism such as intersectionality, trans women’s rights, sexual violence and so on.

Moreover, although the body positivity movement went in somewhat of a wrong direction, this is not to say that this movement is not needed and that this type of content should not exist. However, by the domination of this movement on girls’ and women’s feeds on TikTok, there is potentially less space left as part of your algorithm to scroll down and virtually discuss other important things in life as well as other crucial aspects of feminism such as intersectionality, trans women’s rights, sexual violence and so on.

More importantly, there is less headspace left in women and girls to think of other important aspects of their life that matter. This is why it is pivotal to emphasise the nonphysical characteristics of one-self more on social media channels such as TikTok, famously known under the term body-neutrality, which could potentially serve as one of the biggest breakthroughs in modern day feminism.

Vanda Bajs
vanda.bajs@gmail.com
Vanda is an EU policy and media studies graduate from Zagreb, Croatia. Her main interests include gender and media studies, cultural policy research and foreign languages. Throughout her university studies, Vanda researched topics linked to media and social rights, extending from the conflict in Syria and Yemen to genocide terminology and the LGBTQ+ community. She started her journey in Belgium working as a media research trainee at the Council of the EU and later continued to work in Brussels in project management at the European Students’ Union. 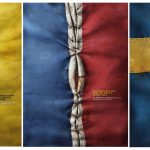 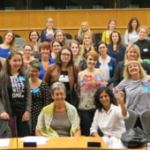