Far from being an external or an African problem, it is estimated that around 500,000 women living in the EU have undergone female genital mutilation (FGM) and close to 180,000 young women and girls are at risk from it every year. Different initiatives on the EU level try to tackle this problem, with the lack of efficient and effective enforcement being a major challenge.

As defined by the World Health Organisation (WHO), Female Genital Mutilation (FGM) comprises all procedures involving partial or total removal of the female external genitalia or other injury to the female genital organs for non-medical reasons. It causes serious physical and mental harm. This practice has been said to amount to a violation of the right to life (Article 2 ECHR) and to be cruel, inhuman or degrading treatment (Article 3 ECHR).

Not an “African problem”

Far from being an external or an African problem like we too often hear, according to the European Parliament 2012 resolution it is estimated that around 500,000 women living in the EU have undergone female genital mutilation (FGM) and close to 180,000 young women and girls are at risk from it every year. To address this gender-based violence and human rights violation, in 2013 the European Union in the form of the European Commission Communication on the Elimination of FGM established an EU action plan which put forward in equal footing the need for preventive measures and prosecution of such crime.

The EU Victims directive was seen as one major step to strengthen the position of those fighting against FGM. FGM stakeholders working with victims estimate that the directive, which is fully applicable since November 2015, has great potential in offering support to victims when fully and well implemented by the Member States. But unfortunately, many member states have up to now failed to transpose the directive into national law. Therefore, on February 22 – the European Day for Victims of Crime – the Commission opened infringement procedures against 16 Member States for non-communication of the Directive, which means that those members had yet to provide the Commission with information on the transposition of the directive into national law. Such infringement procedures may take years, thus hindering the Commission to enforce quick and comprehensive entry into force of EU law. The case of the Victims Directive thereby exemplifies the general problem of the lack of common application and absence of effective and efficient enforcement procedures on EU level. In the case of FGM, this means that victims in many EU member states probably are still not getting the support they would be entitled to according to the directive.

The Istanbul Convention – a helpful tool in the fight against FGM

On the other hand, another step into the right direction is the fact that the Commission’s Strategic Engagement for Gender Equality[1] has put FGM as a stand-alone key action to combat gender-based violence and protect and support victims. Continuing the work toward better data collection, awareness raising and support of Member States and civil society’s effort regarding violence against women, Věra Jourová, Commissioner for Justice, Consumers and Gender Equality in March 2016 furthermore proposed EU accession to the Council of Europe Convention on preventing and combating violence against women and domestic violence (Istanbul Convention) for 2017. By having 2017 be the European year dedicated to combating violence against women, Jourova took yet another step in order to put the topic at the top of the EU list of priorities.

Regarding the fight against FGM, such a step would definitely be helpful: The Istanbul Convention requires States Parties to criminalise the subjecting or coercing of a woman or a girl to undergo FGM in addition to inciting a child to do the same (Article 38). Therefore, the EU ratification of the Convention would provide better data collection and accountability in regard to a proper monitoring and effective application by the Member States.

FGM is a complex issue so there is a need for concerted and multi-disciplinary actions with all relevant stakeholders as well as involvement of the communities in which FGM is in practice. In other words, as much as criminalisation is important, prevention and peer to peer education are essential to change behaviour. The EU funded project “European Knowledge Platform for Professionals Dealing with Female Genital Mutilation (FGM)” could be a tool to make this happen. The web-based knowledge platform will serve as a European resource and education centre on FGM. It builds upon the successful results of the United to END FGM E-learning Course which enhances the capacity of professionals. Another promising approach is Men Speak Out, a project which puts men at the centre of the solution to end FGM – a great way to involve communities and avoid stigmatisation.

If you would like to keep up-to-date and learn more about FGM, sign up to the End FGM European Network newsletter and attend the conference on Gender-Related Vulnerabilities in the EU Asylum Procedures: Spotlight on FGM that will be held on 8 November in Brussels.

[1] It is true that the “Strategic Engagement” is only a staff working document (instead of an actual gender equality strategy, as it used to be the case before) and thus does not have any inter-institutional value, which is a downgrade and can be seen as a step back. However, in the case of FGM, the fact that the fight against the practice was put as a stand-alone key point nonetheless is a step forward, as this shows the recognition of the problem and the commitment of the Commission to resolve it.

EKE Celine Fabrequette
fabrequette@gmail.com
I'm a Young Professional with a Masters degree in EU Social Affairs. I started caring about the EU because I really liked the idea of freedom of movement which, in my mind, was a great way to promote cultural exchange, acceptance, and integration. But as I continued my studies, it was becoming very clear to me that the European Union needed to get closer to its citizens by creating a sense of belonging and also start working towards more social inclusion and integration. As I enter the professional life, I am discovering a new reality: Youth and Women's inequality. So for about a year now I have been involved in Youth organizations and Women's empowerment activities to try to engender change and create a new narrative. I think it is important that youth is involved at all level of the legislative process. The world is changing and there is no valid reason why the youth of today should be put on the sidewalk when it comes to the decisions being made for tomorrow. So to resume I'm just a young women trying to help create a world which I myself, as well as my siblings and children, would be happy to live in ​ If you want change you need to take the steps towards making that change; only one person is needed to start a change. 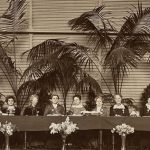 Feminist Activism in Peace and Security 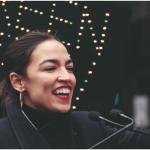 5 thoughts on “FGM in Europe: The State of Play”