While every woman* has a different relationship to her period and will experience her menstrual cycle in unique ways, as women we grow up with social stigma surrounding menstruation, even though we need to use menstrual products once a month. Yet, in most countries across Europe, pads, tampons and other menstrual products are considered luxuries´ and taxed accordingly.

Almost half of all EU member states tax menstrual products as luxury items, in the same category as wine, beer and cigarettes. This is a glaring example of institutionalised gender-based discrimination and exacerbates both an average 16% gender pay gap across the EU, as well as period poverty.

The Menstrual Tax across Europe

Commonly known as the ´tampon tax´ in the mainstream press, the menstrual tax to which women are subjected shows how tax policy has historically been made by and for men. The menstrual tax varies across Europe, ranging from a high of 27% in Hungary to a low of 0% in Ireland, which is the only European country to have eliminated its menstrual tax. Most EU countries are situated in- between, and tax menstrual products at the standard (luxury) rate. An emblematic example is Italy, where menstrual products are taxed at the rate of 22%, whereas men´s razors and truffles are considered ´essential´ goods and taxed at 4% and 5% respectively. Currently, the advocacy group Onde Rosa is campaigning to have the tax reduced to 4% but is facing an uphill battle convincing Italy´s current conservative government to take gender tax parity seriously. Over 250,000 people have signed their Change.org petition to pressure the Italian government to stop taxing menstrual products as luxury goods.

Elsewhere in Europe, menstrual tax rates throw up some surprising results. Despite their reputation for applying gender-sensitive budgeting, both Denmark and Sweden apply a shockingly high 25%, along with Switzerland and Croatia. France, Belgium, Spain and the UK are among the group of countries who have moved to reduce their menstrual tax in recent years. France slashed its tax from 20% to 5.5% in 2015. In 2018, Belgium followed suit, reducing its menstrual tax from 20% to 6%. The Spanish government has pledged to reduce its tax from 10% to 4% in the 2019 budget. The UK first reduced its menstrual tax in 2000, from 17.5% to 5%. Over the last three years, women´s groups have been campaigning for the menstrual tax to be abolished. The UK government claimed that its hands were tied, as the EU VAT (Value Added Tax) directive mandated that the lowest tax rate that could be applied was 5%. 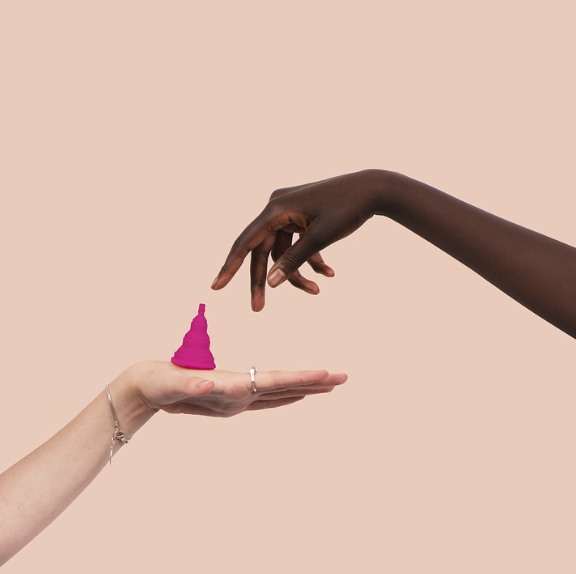 However, in 2017, the EU Parliament passed new legislation allowing EU Member States to reduce below 5% or scrap the tax on menstrual products altogether from 2022 onwards. In the meantime, in 2015 the UK government created the Tampon Tax Fund to distribute the money raised to women´s charities to promote health and well-being. While in theory this initiative could be emulated by other Member States, the practice has been more complicated. The Women´s Resource Centre has written to the government to formally protest and accuse of it of reneging on its commitment after just one women´s charity received funding in 2019, with the lion´s share of money going to generalist charities that don´t specialise in serving women.

Why does it Matter?

Periods are a biological necessity and the menstrual products that we use are essential to our health, wellbeing and human dignity. To consider them as ´luxury goods´ is an insult to women and an ideological construct that betrays great ignorance about periods as well as feeds into the broader cultural silence on menstruation.  Removing or at least reducing the menstrual tax is an issue of both economic and social justice.

Research carried out in the American state of New Jersey has shown that low-income women particularly benefit from the repeal of the menstrual tax. Period poverty is a serious problem harming women worldwide, including in ´developed´ countries. A recent survey carried out in the UK revealed that 27% of British women have been forced to miss school or work because they could not afford menstrual products. Indeed, scrapping the menstrual tax is just a first step towards eliminating period poverty. The next frontier will be distributing free menstrual products, as some pioneering countries, such as Scotland, have started doing in schools, universities, libraries and leisure centres.

What you can do

You can start by informing yourself about the menstrual tax in your country and linking up with local campaigns. There are many ´small´ actions you can do, such as signing a petition, that can make a big difference. If there is no petition to sign, consider creating one of your own. This is exactly what student Laura Coryton did in the UK. She launched a ´Stop Taxing Periods´ petition, which was successful in forcing the UK government to address the menstrual tax in its budget and even earned the support of former President Obama.

You can also invite friends to a ´menstruation party´ at home to raise awareness about the menstrual tax and related structural issues of discrimination, such as the lack of legally mandated ingredient labelling. Write to your local/Euro MPs, educate yourself about the chemicals that are found in disposable menstrual products and try alternatives such as re-usable cotton pads and menstrual cups, which can also have the benefit of bypassing the menstrual tax.  For far too long menstruation has been a taboo topic in both private and public life. It is time to break that taboo and claim the right to include menstruation on the national agenda and in financial policy.

*Young Feminist Europe encourages a non-trans-exclusionary language and understands that not all self-identifying women have periods. This article refers to women that do have periods and menstruate.

Dr. Kathryn Lum is an anthroplogist, lecturer and researcher based in the UK. She is passionate about gender equality and is currently researching the impact of quotas on the experiences of black university students in Brazil with a particular focus on black women.

Kathryn Lum
kathryn.lum@eui.eu
Dr. Kathryn Lum is an anthroplogist, lecturer and researcher based in the UK. She is passionate about gender equality and is currently researching the impact of quotas on the experiences of black university students in Brazil with a particular focus on black women. 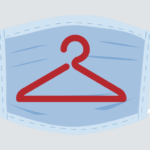 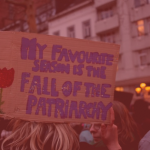 One thought on “Menstruation is not a Luxury”