Several international media outlets have praised female politicians for their leadership in curbing the coronavirus. But when this is done at the risk of promoting gender essentialism, there is cause for concern regarding how these opinions might implicate the larger goal of equality.

Throughout the COVID-19 pandemic, effective leadership has been at the crux of discourse in various circles. From concerns surrounding the rocketing death tolls in Italy, to compliments directed towards Taiwan for its centralised response to curbing the virus, many commentaries produced by media outlets have analysed the efficacy of governments worldwide. Within this, the question of why some countries have handled the pandemic more effectively than others has also arisen.

Amongst these discussions, one of the factors that has been identified for the efficacious handling of the crisis has been the leadership of those in governance. More specifically, several articles published in the likes of The Guardian and The Conversation have attributed the success of curbing the spread of the virus to female leadership.

Undoubtedly, the presence of female leadership is always welcomed in any sector of society, especially since the majority of societies around the world have faced a dearth of women in leadership roles. According to the UN, only about 1 in 4 seats were held by women in national parliaments as of February 2019. This has invariably prompted concerns regarding a lack of both equal and equitable representation.

…a fine line needs to be drawn between attributing the effectiveness of female leaders mainly to characteristics that are often already perceived to be “feminine”, versus making mention of these traits as just one of the spectrum of factors that have contributed to their success.

Males dominance of the political sphere is problematic on several accounts — given that most societies are split grosso modo fifty-fifty between genders, true representation requires a more equalised division of representatives than the status quo. Beyond this, a lack of female representation in government precludes greater diversity of opinion in discussions concerning the populace while simultaneously perpetuating pre-existing biases that women are less competent than their male counterparts. These are just a few of the repercussions of a lack of gender equality in political leadership, which might explain why many have made it a point to commend female leaders like President of Taiwan Tsai Ing-Wen and Prime Minister of Iceland Katrín Jakobsdóttir for their competence in guiding their respective societies amidst the COVID-19 pandemic.

Yet while the publicity of these politicians has cultivated favourable outcomes such as providing greater visibility of women in power and stressing the need for female leadership, it has also brought consequences that could potentially undermine the very cause of gender parity. In a Forbes article titled “What Do Countries With The Best Coronavirus Responses Have In Common? Women Leaders”, writer Avivah Wittenberg-Cox alluded to the idea that female leaders have been more effective in their response towards the crisis because they have communicated “empathy and care”.

In fact, Wittenberg-Cox contended that watching these leaders in the media is equivalent to feeling like “their arms are coming out of their videos to hold you close in a heart-felt and loving embrace”. The author also raised the example of more empathetic and personable leadership through an account of an initiative by Prime Minister Erna Solberg, who took to television to speak directly with children in Norway to allay their concerns about the coronavirus in a way that they could relate to and understand.

Yet while the publicity of these politicians has cultivated favourable outcomes such as providing greater visibility of women in power and stressing the need for female leadership, it has also brought consequences that could potentially undermine the very cause of gender parity

While statements and examples like these might appear innocuous on the surface, they could actually be rather problematic in that they essentialise female leadership. By attributing the success of female leaders to qualities that are often perceived as being “inherent” to women, these opinion pieces risk entrenching long-established ideas regarding the intrinsic limitations of gender.

While it is not uncommon to hear statements like “women are more caring and nurturing”, this does not help advance the gender parity cause. Not only do they foist expectations of such traits upon women, but they also fail to account for the fact that men in leadership can also display such qualities. This only serves to reinforce stereotypes regarding how men and women ought to behave, when in reality, these expectations are merely constructs embraced by society rather than biological differentiators that are immutable.

Rather than accrediting Prime Minister Erna Solberg’s television initiative with traits like empathy which are already viewed to be intrinsic “womanly” qualities, a different approach could perhaps entail ascribing her success to her ability to strategise and understand the best way to reach out to her intended target audience. A greater effort to raise examples of how female leaders have shown foresight and shrewdness could also be made to illustrate their competence not just as “females”, but also as “leaders” in their own right.

Ultimately, underlining positive qualities displayed by female leaders during these trying times is welcomed. But a fine line needs to be drawn between attributing the effectiveness of female leaders mainly to characteristics that are often already perceived to be “feminine”, versus making mention of these traits as just one of the spectrum of factors that have contributed to their success.

Ashley Tan
ashleykirantan@gmail.com
Ashley is currently based in France and hails from a tiny island in Southeast Asia called Singapore. She has previously served as a judge for The Queen's Commonwealth Essay Competition, and is currently the President of her institution's politics and public speaking association.

Systematised Sexism: The effect of language on European World Views 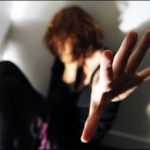 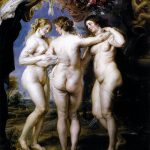