Nearly three quarters of victims of human trafficking are women and girls and three out of four of these are trafficked for sexual exploitation. This year, the Global Slavery Index 2018 report found that trafficking in human beings was higher than previously thought in European countries, with an approximate average of 3.6 million people trafficked within Europe in 2018.

Europe accounts for 14% of sexual exploitation worldwide. The trafficking of children in the EU is mostly for sexual exploitation, with the largest proportion of foreign children, mainly girls, trafficked from Nigeria. The trafficking of women and children for the purposes of sexual exploitation is not a new phenomenon. The trade of female bodies for sex has marked human history from the beginning of patriarchy. However, the rise of technology and the growth of online connectivity offers traffickers globally, as well as in Europe, new, safer ways to traffic women and girls into the commercial sex industry, including into legal brothels in countries such as the Netherlands and Germany.

The online advertisement of women and children trafficked for sex is a growing trend in Europe, with children advertised as adults.

Online sexual exploitation takes many forms. Women and children may be sold through live videos or sex chats, as well as having their abuse recorded and shared online as pornography. 49% of sexually exploited women who were interviewed in nine countries reported their abuse being made into pornography that was distributed through commercial pornography websites. Trafficked women and children are also advertised and sold online either through adult sites, such as ‘escort’ websites or through general advertising platforms. It has been found that “whole catalogues of exploited women are placed online containing pictures and contact details”. Social media is a key way of recruiting vulnerable persons, especially girls, into sexual exploitation. People are lured to Europe where they are then exploited after being contacted online, often through social media sites such as Facebook, by traffickers who deceive them into believing they are guaranteed a job.

The Modernisation of Sex Trafficking

The internet is becoming one of the main tools used by sex traffickers to buy, sell and abuse women and children. Traffickers, who are often business-minded, were bound to take advantage of the internet, especially in this most thriving age of pornography.

By using the internet, sex traffickers have been able not only to access more women and girls to traffic, but also to reach a wider audience of sex buyers. Sex buyers who go shopping for women are often uncaring about what situation the woman (or child) is in. This should come as no surprise as research shows that sex buyers tend to be more sexually aggressive, more likely to rape and have less empathy with prostituted and trafficked women than non-sex buyers.

Traffickers are now able to sell people in many different locations through live videos or sex chats, upload abuse in different domains and have more opportunity to blackmail, control and coerce victims. The revolution of the internet, beneficial in many ways, has created an international market for sex traffickers, opening up avenues for exploitation that previously would not have been available.

Targeting demand has been found to be the most effective way to challenge sex trafficking. World-leading experts on sex trafficking advocate for the Nordic Model of prostitution which decriminalises the seller of sex, but criminalises third-party involvement and purchasing. This has been shown to decrease demand for buying sex significantly. In the case of online sex trafficking, banning websites which are channels for sex trafficking is imperative for progress. Melanie Thompson, a survivor who was abducted at 12 years old and sold online, successfully lobbied for legislation in the U.S.A. which held websites accountable for selling sex trafficking victims. This led to the closing down of Backpage.com after it was found to be guilty of knowingly facilitating sex trafficking of a number of victims, many of them minors.

One 15-year-old girl sold on the site was forced to perform sexual acts at gunpoint, choked until she had seizures and gang-raped. Others were murdered.

Some argue that taking down websites that enable sex trafficking will make it more unsafe for adult women who sell sex ‘out of choice’. Yet, as Melanie Thompson notes, considering the scale of violence within the sex trade, no tool will make people safe from violence in this industry. One thing is for sure – sex trafficking victims were not safe when sold on these websites. Allowing certain sites to operate without accountability and therefore with impunity from being held responsible will only continue to facilitate the sex trafficking of women and girls.

However, banning high-risk sites is not enough. Serious awareness raising needs to be done about the scale of this online issue. There is widespread ignorance of the prevalence of sex trafficking. For example, few people are aware of the deep links between pornography and sex trafficking. People, especially men, should be made aware of the fact that pornography is used by sex traffickers to keep women and girls in sexual exploitation because, once material of the abuse has been released online and watched thousands of times, the victim feels they can never escape their abuse.

Hannah Bondi is a British-Maltese philosophy graduate living in London. She is currently working as a researcher on human trafficking, as well as volunteering with the European Network of Migrant Women. You follow her on Twitter at @hannah_bondi

Hannah Bondi
hebondi1995@gmail.com
Hannah Bondi is a British-Maltese philosophy graduate living in London. She is currently working as a researcher on human trafficking, as well as volunteering with the European Network of Migrant Women. You follow her on Twitter at @hannah_bondi 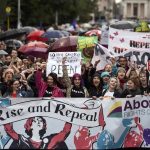 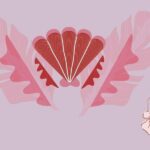 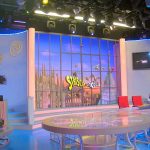