The Czech Republic was one of the last countries to sign the Istanbul Convention in May 2016 and was scheduled to ratify it in 2018. During the last few years there have been Czech legislative and Senate elections, changing the composition of the two chambers. As the Istanbul Convention is an international treaty, support for its ratification must be received by both the Senate and the House of Representatives. The main opposition comes from the Christian and Democratic Union (KDU–ČSL) on what it deems “gender ideology” regarding the teaching of non-stereotyped gender roles as outlined in Article 14 of the Convention, which the party views as a threat to the concept of the traditional family.

Concern over the Introduction of Same-Sex Marriage after Ratification

In neighbouring Slovakia, a country with a larger population of practicing Catholics, a similar line of justification was given for non-ratification of the treaty by then Prime Minister Robert Fico. Slovakia was among the first countries to sign the treaty in 2011, however last February Fico stated that while Slovakia would adopt measures which combat violence against women into law, it would not ratify the Istanbul Convention. He claimed that the treaty “needlessly questions natural differences between men and women and calls them stereotypes” and could lead to the introduction of same-sex marriage. This is despite the fact that there is no reference made to marriage equality in the Istanbul Convention.

In Prague, criticism of the Istanbul Convention has come from highly positioned Catholic priest Petr Piťha during his St Wenceslas Day sermon last September at Vitus Cathedral. There, he declared that if the treaty was to be enacted “families will be torn apart and destroyed. This will happen whenever you will say to your children that a man and a woman are not identical… It will no longer be allowed to determine the sex of your new-born children by looking at their genitals… you will be forced to bring up your children as sexless.” and that “Homosexuals will be proclaimed to be a superior ruling class.” The Czech Women’s Lobby subsequently filed a legal complaint against Piťha for scaremongering, which opened up debate on the issue. They lost their case in January, although the prosecutor stated that Piťha had deliberately exaggerated his argument ad absurdum. However, support for Piťha’s views comes from the populist Czech President Miloš Zeman who has stated that he wishes to award Petr Piťha the Order of Tomáš Garrigue Masaryk, an award for the development of democracy and human rights, for his opposition to the Istanbul Convention.

There has been acknowledgement from the Czech Government for the need to improve measures to prevent and combat violence against women.  Action Plans for the Prevention of Domestic and Gender-Based Violence were created: 2011-2014 & 2015-2018, and also the Strategy for Equality of Women and Men in the Czech Republic for 2014-2020. The Action Plans recognised a need for improvement in areas of access to refuge shelters, the establishment of a free 24-7 telephone line for persons endangered by domestic violence, greater awareness on the issue of domestic violence among the public as well as a need to break down entrenched cultural and societal stereotypes. The government also acknowledged a lack of systematic and regular collection of data in the Czech Republic on the prevalence of domestic and gender-based violence by the state administration.

The former Czechoslovak state has a history of violence against women through its government-sponsored programme whereby Romani women were sterilized without full and informed consent from 1972-1993. Sterilizations continued in the Czech Republic until as recently as 2003. The Czech Ombudsman conducted a report on the matter in 2005 and the Strategy for Equality of Women and Men in the Czech Republic references the demand for an independent investigation on the sterilizations in order to carry out an effective compensation mechanism for the women affected. However, a three-year statute of limitation from the point victims realised they had been sterilized has prevented many bringing claims forward. The Czech Republic has also failed to fulfil its EU obligations to asylum quotas.

Under Article 60 of the Istanbul Convention signatories must offer protection to women seeking asylum based on issues of gender-based violence, so this obligation could be another point of contention.

Therefore there is consensus that preventing and tackling the issue of violence against women is viewed as necessary and the Czech government is taking legislative measures to improve the situation in this regard. However, the opposition to addressing harmful gender stereotypes and what this is perceived to entail is the main obstacle in ratification of the Istanbul Convention. A lack of statistics on gender-based violence also makes it difficult to provide an accurate picture of the problem. Czech NGOs are continuing to push for ratification and encourage public support. On November 6th Amnesty International Czech Republic and the Czech Women’s Lobby took a petition with c.10,500 signatories to urging politicians to adopt the convention during a public hearing on the treaty. Hopefully the momentum continues to ensure the Czech Republic follows through with ratification. 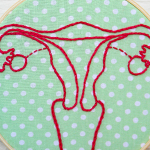 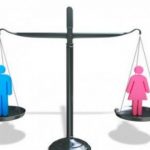