Young Feminist Europe condemns the recent decision of President Erdoğan to withdraw Turkey from the Istanbul Convention on Preventing and Combating Violence Against Women and Domestic Violence.

Young Feminist Europe is committed to eliminating all forms of domestic and gender-based violence against women. The Council of Europe’s Istanbul Convention is an important instrument that aims to create a legal framework at the European level to protect women against all forms of violence and recognize it as a violation of human rights. It is a crucial tool as it not only reinforces existing national legislation to tackle gender-based violence, but more importantly, it introduces new concepts that fill in existing legislative gaps in various countries. Namely, it legally obliges states to prevent and combat violence, while protecting victims and punishing the perpetrators. Therefore, Young Feminist Europe is deeply concerned by Turkey’s withdrawal from the Istanbul Convention. The decision signals a clear deprioritisation of women’s safety and their rights, at a moment when gender-based violence in Turkey is on the rise. We demand that the Turkish authorities present their alternative plans to combatting gender-based violence and domestic violence against women. Lack of such a plan will indicate a serious threat, endangering the lives of women all over the country.

Hungary and Poland have both built strong campaign using anti-gender rhetoric and incorrect information about the content of the Convention, with the aim to also withdraw from the Convention.

Young Feminist Europe alerts about a potential domino effect and warns about the possibility of other governments following Turkey’s decision to withdraw their country from the Convention. Therefore, we call on the Council of Europe to not let this fade in impunity. It is up to the international institutions to not only condemn Erdogan’s decision, but to take concrete actions and sanction Turkey. We demand real actions.

Finally, Young Feminist Europe reiterates its support for Turkish women and stands in solidarity with those fighting for their safety and rights to end all forms of gender-based violence. 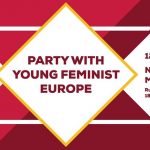 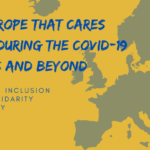 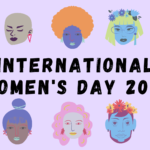