Sex work remains one of the most contested issues in the feminist debate. The discourse, however, has become increasingly polarised into two entrenched camps — the abolitionists and the sex work’s advocates. This binarism does not allow to look at the phenomena of sex work in its entirety often leading to dangerous generalisations.

Abolitionist’s arguments can be distinguished between those that consider sex work a choice dictated by socio-economic factors, such as extreme poverty and lack of opportunity; those that emphasise the negative effects of sex work on sex workers, and those that highlight that sex work promotes sexual practices where a man exercise dominance over women.

Authors such as Debra Satz and Catherine McKinnon argue that sex workers are compelled to sell their bodily capacities only when background circumstances impel them to do so. According to them, sex work can only arise from circumstances of social inequality in which marginalised and vulnerable groups find themselves with considerably reduced possibilities to prioritise moral over pragmatic considerations.

Other authors such as Andrea Dworkin and Carole Pateman argue that what makes sex work problematic is its detrimental effect on sex workers. Trauma, drug use, depression, and anxiety are symptoms that are often experienced by sex workers and testify to the negative effects that sex work exercises on those who practice it.

Sex work constitutes a challenge to conceptions of womanhood and provides women that experience shame for their sexual behaviour with a sense of empowerment.

Sex work is seen by abolitionists as the result of a patriarchal societal structure, that still today poses a threat to feminist struggles against sexism and women’s objectification. Abolitionists’ concern is that in sex work men’s sexual gratification overshadows women’s feelings and when this practice is normalised then it promotes the idea that women can be treated as controllable sexual instruments.

Among liberal feminists, economic empowerment constitutes the main incentive for supporting sex work. According to advocates of this view, such as Martha Nussbaum, the sexual transaction should be understood as a contract between individuals based on free consent and informed by personal interests of exchange. Sex work then should not be regarded as an atypical kind of work, as long as is consensual and allows sex workers to secure themselves economic resources and independence. Hence, for her, the main goal of feminism in regards to sex work is to promote the necessary conditions to make sure that women are in a position to make such choice freely.

Sex work is also seen by its supporters as a self-empowering activity since it allows women to free from constraints originating in the household; insofar as sex work provides them with economic independence, women gain more autonomy and emancipation. In this sense then, advocates of sex work contrary to abolitionist do not conceive sex workers to be the victims of false consciousness but see sex workers’ actions as liberating and empowering.

Another interesting argument in favour of sex work is that it promotes a different understanding of women’s sexuality as it challenges the traditional idea that sees women as chaste and less driven to sexual pleasure. Sex work then constitutes a challenge to conceptions of womanhood and provides women that experience shame for their sexual behaviour with a sense of empowerment.

Both camps then have valuable insights to offer on sex work, but promote a black and white picture of the phenomenon. Abolitionists and pro-sex work alike tend to exaggerate the passivity and the agency of sex workers as well as the harms and benefits deriving from it. As a result of this polarisation then: “women have to exclude most traces of agency from their self-representation in order to be recognised as victims and most traces of victimhood to be recognised as agents” claims feminist academic Anna Szörenyi. It becomes clear then that both outlooks are inadequate in important respects, as they oversimplify sex workers’ experiences and indirectly sustain prejudiced views on sex work.

To develop a more nuanced and accurate perspective on sex work is thus essential that different conceptions of power are equally emphasised and taken into account. That is particularly important because these different views of power have a direct influence on the way concepts such as vulnerability, embodiment, and agency are conceived. The consequences of emphasising the dominating power that men exercise on women are not only that sex worker’s agency is denied, but their vulnerability and in particular their bodies’ vulnerabilities is overemphasised.

Advocates of sex work instead, overemphasise women’s agency and do not take seriously the issue of false consciousness. To emphasise the empowering potential of sex work also leads them to adopt a neoliberal conception of the body. That means that the body is conceived as private property, a tool like any other, over which the owner can exercise its control and exploitation. The perspectives advanced by sex work’s advocates —particularly the ones that base their accounts on a liberal framework— are then disembodied. That means that sex workers’ vulnerability is not taken into account from the perspective of their experiences, but only from a socio-economic standpoint.

What emerges is that abolitionist and pro-sex work perspectives are disregarding important aspects of sex work. While one overemphasises sex worker’s vulnerability to the point of stripping sex workers of agency, the other downplays the vulnerabilities involved in sex work to the point of almost becoming blind to the difficulties that sex workers face. While once considers sex workers incapable of knowing their minds, the others consider sex workers fully conscious of their situation, desires, and consequences of their actions. In order to overcome this unfruitful dichotomy between the passive victim and the empowered agent, new conceptualisations of vulnerability, embodiment, and agency — informed by a nuanced understanding of power — are needed. 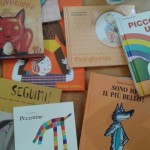 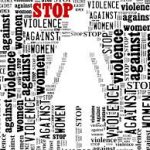 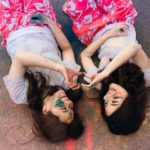