Often mainstream leadership is associated with educational qualifications and social status. But time and again, south Asian history has depicted revolutionary stories of leadership by communities that are politically disenfranchised and socio-economically marginalised. Here is such a feminist intersectional testimony from contemporary India formidably addressing climate change.

Women are considered to share a close intimacy with nature, both in imagination and in practice. Vandana Shiva claims that at “one level nature is symbolised as the embodiment of the feminine principle, and at another, she is nurtured by the feminine to produce life and provide sustenance.” In policy however, gender analysis of environmental relations suggests that ‘complementarities’ between women’s and environmental interests must be seen from the perspective of valuation, access, use and control of particular resources. Currently, access to land and water resources is inequitably distributed with historically marginalised groups such as Dalit, tribal societies and women being the most disadvantaged.

Women are gravely affected by privatization and appropriation of natural resources by the state and by overall environmental degradation in three main ways. Firstly, they face disadvantages because of the intra-household gender division of labour. For example, women – specifically in the poor peasant and tribal households  – are more often responsible for gathering and fetching resources from the forests, village commons, rivers and wells which sometimes makes them the primary or the sole economic providers of their families. Also, women are denied rights to private property resources like land and water, compelling them to depend upon communal resources such as the village commons. This aids them in providing opportunities to practise subsistence livelihood independently. Secondly, the distribution of resources like food and healthcare within rural households is based on gender bias with women receiving less of them than men. Finally, there are significant inequalities in women’s and men’s access to the most critical productive natural resources in rural economies such as agricultural land, irrigation resources and associated production technology. This disallows women to practise sustainable livelihoods like farming. These challenges can be further worsened by other intersectional identities such as caste-class oppression of women belonging to the marginalised society in India.

The twofold effect of an employment act

In 2005, the Ministry of Rural Development, India, sanctioned the National Rural Employment Guarantee Act providing 100 days of labour to those seeking employment, in response to forced migration due to lack of job opportunities in rural India. NREGS has been crucial in natural resource management, checking the repercussions of global warming in India by funding large water conservation and afforestation projects while securing livelihood rights. On top of that, the programme has opened up the opportunity to address the inequitable access to land and water resources for the most marginalised groups of India. NREGS has the means to cater to equitable resource development if it is implemented in a participatory and collaborative manner.

Certain conditions must be met for NREGS to ensure such. Often the NREGS work plans are not effectively formulated, lacking a land treatment perspective because they include only a few community asset development schemes. Directing a substantial labour budget towards material spending leads to misutilisation of funds. In my understanding, there is a gap between the goals of the implementing agencies and the needs of the beneficiaries. The latter, often village communities, are unaware of their entitlement to benefits beyond the employment provision of the policy. The beneficiaries remain ignorant towards their eligibility as well as the positive long-term effect on their livelihood through land and water asset creation.  To ensure the active involvement of village communities along with the Panchayati Raj Institution (PRI), it is crucial that development plans for their villages deploys participatory rural appraisal tools for maximum inclusivity and enhanced participation.

However, it is also critical that the community perceives themselves beyond benefactors and that the most oppressed groups emerge as leaders. Because, when the most marginalised section i.e. Scheduled Castes (SC) and Scheduled Tribes (ST) women, differently abled women or socio-economically vulnerable women (widows, single mothers, elderly women) act as change agents and key mobilisers the impact sustains for a longer time. There are challenges to achieving this however.

The women advocating for change face backlash from the mainstream or socially accepted leaders, men with a higher social status who often hold office in the local administration with the power to impede. Historically marginalised women, who are often either illiterate or functionally literate, also do not have access to the land record information nor do they have the social capital to impact intra-household dynamics. This often hinders the sanction of personal asset creation plans. Additionally, this affects community mobilisation, not only in identifying land and water development works but also in the overall implementation of NREGS. From not being made aware of village council meetings to being humiliated by being subjected to patronising behaviour like tokenistic cooperation during the Gram Sabha, women face  many obstacles to get their proposals sanctioned.

Successful collaborations […] have led the women collectives and other marginalised communities of the village ecosystem to reclaim their public and political space.

Another challenge, owing to the patriarchal notion of the gender division of labour, is that women are discouraged from engaging in the activity of digging up the earth regardless of the purpose. What is more, men often refuse to work as labourers under NREGS schemes to signal their displeasure of women’s involvement. This leads to several projects coming to a staggering halt which demotivates the women collectives and impedes the village development overall.

To face these obstacles, women collectivise themselves and their villages in a manner that challenges the hegemony. Moreover, they acknowledge that even the privileged may be victims to social norms which lure them to oppress others. With the objective to build their perspective towards equity, the women collectives engage in collaborative action. Successful collaborations, characterised by stakeholder negotiation, community mobilisation and administrative activities like joint review and monitoring systems, have led the women collectives and other marginalised communities of the village ecosystem to reclaim their public and political space. This in turn positively affects policy implementation.

Today, women are going beyond their engagement with nature for labour with regards to the gender division. Pivotal in these policy implementation processes are women from the SC/ST communities as leaders. This leads to development not only towards environmental sustainability but also towards good governance. However, there is still a lot of work carved out for policymakers as well as practitioners to address the systemic challenges. So far establishing and strengthening village level collectives has proven to be a successful strategy towards driving and leading implementation towards equitable access to natural resources in rural India.

Aanchal is a development studies post-graduate, who is currently working with Clinton Health Access Initiative as an analyst in the women, newborn and children’s health program in India. In the past 7 years, she has worked on several socio-political issues like child rights, informalisation of formal labour, political participation of the marginalised, livelihood distress due to depleting water and natural resources and gender justice. During her time with Professional Assistance for Development Action (PRADAN), she demonstrated participatory approach in public policy implementation strengthening marginalised women collectives. Her interests lie in the intersection of gender, development and public policy.

Aanchal Chittalipi
aanchal8695@gmail.com
Aanchal is a development studies post-graduate, who is currently working with Clinton Health Access Initiative as an analyst in the women, newborn and children’s health program in India. In the past 7 years, she has worked on several socio-political issues like child rights, informalisation of formal labour, political participation of the marginalised, livelihood distress due to depleting water and natural resources and gender justice. During her time with Professional Assistance for Development Action (PRADAN), she demonstrated participatory approach in public policy implementation strengthening marginalised women collectives. Her interests lie in the intersection of gender, development and public policy. 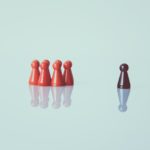 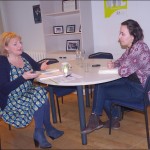 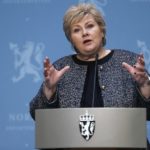