Germany has not yet ratified the Istanbul Convention but is reforming the law governing sexual offences following intense public pressure. However, it appears that the principle “No means no” will still not reign in Germany in the future.

There is the case of a woman whose partner wants to sleep with her. She tells him that she does not want to. Thereupon he lifts her from the couch and pushes her into the bedroom, where she falls to the floor. As her boyfriend has been aggressive in the past, has pushed her multiple times, perpetrated violence against her pet (as well as other things that belong to her) – and she fears for her unborn child – she does not defend herself and “voluntarily” undresses herself upon his request. Subsequently, she endures him performing sexual acts on her during which she repeats several times that she does not want to have sex, is in pain and that he should stop. In order to convey this to him, she begs him and even shouts at him.[i]

There is the case of the 15-year old girl with whom a 31-year old man has sexual intercourse. Just before the act, he tells his partner and a prostitute, who is also present, to go to the cellar – an order they abide by without demanding explanations. This is because they know that he gets aggressive if someone refuses to comply with his wishes; on the same evening, the man abuses the prostitute. The girl says “No, I don’t want to” once but does not defend herself physically and bears his actions.

Three clear cases of rape one would think. However, in each case the man was not convicted for this offence because both the German law on rape and previous legal interpretations in court proceedings have allowed for a very narrow interpretation of rape. As a result, there is a very narrow definition of rape, which leads to very few perpetrators being convicted for rape.[ii]

Article 177 of the penal code states that a rape only occurs under specific circumstances, namely when violence is used against the victim, the perpetrator threatens the victim with physical violence or if the victim finds themselves in a so-called “defenceless situation”.[iii] This term has been defined very narrowly by courts, which is why it does not apply in the above-mentioned and similar cases. If for example, neighbours had been present and had heard shouts for help, the victim is not considered to have been in a “defenceless” situation. The same applies for dark, deserted streets – in this case, the court will verify if there may have been passers-by, even if the victim had possibly not noticed them. This means that this definition, laid down by courts, is out of touch with reality. Still, the victim will be told in a lawsuit that they should have defended themselves or that they should have called for help. Victims of rape are often afraid that their resistance will worsen the situation and it is well documented that they often go into a state of shock – none of this is taken into consideration in the existing legislation. Neither is the fact that threats which are not directly violent can also be very powerful (e.g. if the perpetrator threatens to blacken the victim’s name with their boss). This means that the principle, “No means no” unfortunately does not govern the German legislation on rape at present.

The Istanbul Convention and the reform of paragraph 177

Article 36 of the Council of Europe’s Istanbul Convention, which Germany intends to ratify, states that

“1. Parties shall take the necessary legislative or other measures to ensure that the following intentional conducts are criminalised:

For a long time, the German Justice Minister Heiko Maas (of the Social Democrat Party) did not think it was necessary to change the criminal code of sexual offences and proposals put forward by female ministers were rejected. One year ago, the ministry did an about-face: it suddenly admitted that loopholes existed in the protection of victims and that a reform of the “rape paragraph” would be carried out. A variety of associations and organisations such as the German Women Lawyers’ Association, the German Institute for Human Rights and the Federal Association of Rape Crisis Centres and Women’s Counselling Centres in Germany played a leading role in this change. In May 2014, Terre des Femmes submitted a petition to the Parliamentary State Secretary for Justice, Christian Lange with 30 000 signatures regarding the reform of Article 177 (the petition is still open).

The first draft of the Federal Ministry of Justice, which refers to the Istanbul Convention, does however not mention a reform of Article 177. Only Article 179 on the “Sexual abuse of defenceless persons” shall be reformed. This is indeed an important change because from now on cases will also be covered in which

It is therefore possible that the three cases mentioned in the beginning would in future be classified as rape. However, implicitly victims are still expected to defend themselves and can only refrain from doing so if they fear the aforementioned appreciable harm. Especially in cases in which victims feel intimidated but have not suffered beforehand from violence perpetrated by the offender, it will be difficult to prove that they had reason to fear “appreciable harm” if they defended themselves. Furthermore, such reform would still not be in line with the Istanbul Convention because, as mentioned beforehand, the convention defines the lack of consent of a victim as decisive for the statutory offense, and not whether they defended themselves physically. The Istanbul Convention therefore demands “No means no” – but the German draft law only adopts this principle in a restricted way.

Criticism of the first draft

The draft has evoked fierce criticism from different parties for this very fact. Representatives of the Green Party for example, declared that the proposition “does not go far enough“ (the Greens presented their own draft beforehand), and the Minister of Justice of the Land of Mecklenburg-Western Pomerania, Uta-Maria Kuder (CDU, Christian Democratic Union) criticised the draft for not fostering sexual self-determination. She furthermore pointed out that the federal justice ministry had already admitted in the draft’s statement of reasons that the changes would not completely close the loopholes in penal liability.

It does not seem logical that the federal ministry will not consider more extensive reform despite realising the shortcomings of its current approach. Chances are that more is at stake, as an expert from the federal association of rape crisis centres and women’s counselling centres in Germany explains, namely the “very foundations of gender relations, […] the question how sexuality is defined in [German] society.”[iv] After all, it was only in 1998 that marital rape became punishable as rape (and not only as coercion) – Germany is nowhere near as progressive as people abroad might think.

The percentage of convictions vs. reports to the police for rape is falling in Germany: if there was a conviction in every fifth case twenty years ago, this was only true for every twelfth case in 2012. It needs to be mentioned that, according to research, 90-95% of rapes go unreported. In plain language: the chance of being sentenced for raping someone is extremely remote in Germany.

At present, it is doubtful that the intended reform of the criminal code of sexual offences will change this and bring perpetrators to justice.

[i] This paragraph is almost a literal account of the “Written opinion on the public hearing regarding the motion of Members of Parliament Ulle Schauws, Katja Keul, Katja Dörner and another MP, as well as the parliamentary group ‘BÜNDNIS 90/DIE GRÜNEN’ – ‘Transposing article 36 of the Istanbul Convention – close existing loopholes regarding the criminal liability in cases of sexual violence and rape’” on 28 January 2015, Committee for Law and Consumer Protection in the German Bundestag (Lower House of Parliament)

[ii] Depending on the case, a sentence for coercion might be possible; however, for this offence the penalty is considerably lower.

[iii] § 179 defines that sexual abuse has also happened if the victim is physically helpless because of an illness, a disability or reduced consciousness (e.g. because of drinking too much alcohol). Other paragraphs define the sexual abuse of wards, prisoners, by taking advantage of an official position, a guardianship etc. These are however not the focus of this article. 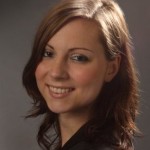 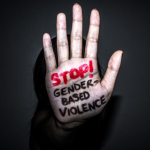 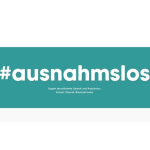 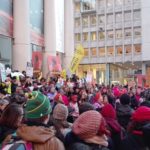 Pictures from the European Women’s marches