It may be hard to remember now, but there was a time we sincerely believed one of the greatest promises of the digital revolution: in a space where our interactions were mediated by a screen, we would all be the same. Nobody on the internet would notice you were the wrong skin colour, gender, or weight. Nobody would mock your lisp or try to knock off your glasses. Your opinions would be listened to, regardless of who you were. Your voice would count as much as anyone else’s. In the words of Anita Sarkeesian, “the internet […] would liberate us from our bodies, and all the oppressions associated with prejudice. We’d communicate soul to soul, and get to know each other as people, rather than judging each other based on gender or race”.

Except, of course, we wouldn’t, and tech giants and social media have gone from world saviours to public enemy no. 1 with the same remarkable speed with which they have transformed our lives. And it is undeniable that the technology swiftness and pervasiveness have enabled abuse on a scale never seen before: it takes literally five seconds to type “Fuck off, bitch” in a newspaper comment section, where it can immediately be seen by hundreds of people (hello, moderators!). How many of those lovely readers would take the trouble to pour their thoughts on paper, find an envelope, pay for the stamp, and walk to the closest post-box in the rain if that was still the only way they could provide their indispensable feedback?

It won’t be news to anyone who’s spent a little time on any social media or online platform, that the vast majority of abuse is directed at women and minorities.

When the Guardian looked in detail at ten years’ worth of comments on its website, it found that the ten most abused writers were eight women and two black men. And while comment sections can become such a problem that some outlets have decided to dispense with them altogether, they’re far from the worst forms online harassment can take. Cyberstalking (which has already been discussed on this blog), doxxing, non-consensual dissemination of intimate images (more commonly – and wrongly – known as revenge porn): you name it, the internet has delivered it. In the most extreme cases, with tragic consequences which should at least do away once and for good with the idea that “virtual”, rather than “non-physical”, somehow means “magically detached from reality and hence incapable of producing tangible effects”: as long as our online activities affect real people, the internet is “IRL”.

It goes both ways: online spaces are built by people and it would be naïve to assume they do not reflect at least to some extent the mindsets and prejudices of their creators, who are still overwhelmingly white, male, straight, and able-bodied. So, when a stay-at-home dad completes an online form and the only occupation option he can select is “Housewife”, the problem is not the drop-down menu per se: it’s the fact that it didn’t occur to anyone involved in designing it that men might be stay-at-home spouses, too, and that gender-neutral language is a thing.

When Siri doesn’t come up with usable results for abortion clinics, emergency contraception or even simply birth control, but knows very well where to find Viagra, the problem is not its speech recognition software: it’s the value judgment behind the different importance assigned to those searches. When multiple developers come up with apps to register consent to sex – well, the very fact someone thought it was a good idea is the problem (and a reminder to schools of the urgent need to include decent sex and relationship education (SRE) in the curriculum, next to the coding lessons). Discussions on tackling online harassment understandably tend to focus on the “online” part – and it is fairly obvious that platforms have an immediate and major role to play in making online environments a safer space for everyone.

However, to eradicate it in the longer term we will need to look at the “harassment” part in the broader context of the prejudices and attitudes that still make women, people of colour, and other minorities the natural targets of abuse regardless of the vehicle.

And we need to do that fast. A factsheet anticipating the EIGE report Gender equality and youth: opportunities and risks of digitalisation highlights some worrying trends: 51% of girls and young women surveyed now “hesitate to engage in social media debates, out of fear of experiencing abuse”. They also spend more time than their male counterparts self-monitoring their online profiles and opinions, and steer clear of discussions on political and social issues as a preventive strategy to avoid the potential backlash, thus effectively self-censoring.

We cannot afford this. With female representation and participation in politics still lagging behind, allowing the old patterns of bullying and intimidation to keep reproducing online and drive women away from discussion spaces would be a disaster. We can’t afford to lose so many potential contributors to the debate before they have even had a chance to find their voices. 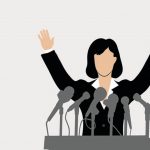 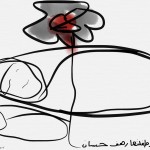 The Boycott of Israel is a Feminist Issue 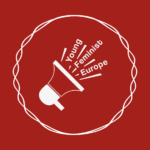