The sexual assault of women on New Year’s Eve in Cologne and other German cities has caused uproar in German society. In the subsequent nationwide discussion, however, concern was mixed with hypocrisy, racism and – sexism

“It was like running the gauntlet through groups of inebriated men” – this is how a police officer described the situation many women had to go through inside and outside of Cologne’s main train station on New Year’s Eve. After dispersing a crowd of around 1000 aggressive and partly very drunk men, some of whom had been throwing fireworks at people, the situation seemed to be under control. However, this was not the case. The full extent of what had happened afterwards was only made public days after New Year’s Eve: Groups of men among the original crowd of 1000 had sexually assaulted and sometimes stolen from women (men were also robbed). Women’s intimate parts were grabbed, they were insulted, and even three cases of rape were registered. Because of the sheer number of offenders, police could not help the majority of the victims. The state had lost control. It seems that similar events, albeit on a smaller scale, occurred in practically every German city or smaller town. For Cologne alone, over 650 criminal charges were brought against “Arab or North African looking ” men, including people registered as refugees.[1]

Politicians reacted in diverse ways. The main measures discussed to prevent similar attacks from happening in the future were:

Besides these official proposals, the mayor of Cologne, Henriette Reker, caused an outcry by suggesting women should try to “keep strangers at arm’s length” to avoid sexual harassment – a victim-blaming approach which in addition would not have helped the women during the attacks.

Some media used the attacks for particularly sexist and racist covers: The magazine “Focus” showed a naked woman, covering her breasts and genitalia with her hands, with black fingerprints all over her body. The “Süddeutsche Zeitung” depicted a black-and white picture of a woman’s legs, in between them a black arm (the editorial department later apologised). “Sex mob”, “sex attacks” were the words often used by tabloids but also more serious newspapers, wilfully ignoring that these kind of assaults have everything to do with power, and nothing with sex. Apart from this: a lot of talkshows, opinion articles, documentaries, live reports, which at one point became a commotion of different voices shouting at the same time.

The hypocrisy of the discussions

But what were the deductions one could draw from the reactions described above?

All in all, a remarkably hypocritical state of affairs. A lot of feminists decided to denounce this by launching #ausnahmslos, a hashtag and petition against sexualised violence “without any exceptions”, with a number of demands regarding politics, the entire society and media – amongst others for educational work and awareness campaigns, against victim-blaming and sexist or racial stereotypes. The campaign has collected more than 11000 signatures so far, and prominent supporters include Women’s minister Manuela Schwesig, the German Parliament’s vice president Claudia Roth and Terry Reintke, member of the European Parliament.

On the other side, politicians like Katja Suding, deputy chairman of the Liberal Democratic Party (FDP) criticised the initiative for “playing down” the Cologne events, and the well-known second-wave feminist Alice Schwarzer denounced “misplaced tolerance” towards radical Islam and called for a debate “without political correctness”.

But does the debate on “home-grown” sexist structures and opinions exclude criticism of the patriarchal convictions some immigrants uphold? Should the two discourses not go hand in hand?

It is no secret that what happened in Cologne very much calls into mind the horrible sexual assaults of the Tahrir Square in Cairo in 2013 – a practice known as “taharrusch dschama’i” or collective (sexual) harassment. The head of the Federal Criminal Police Office seemed certain that the attacks were organised using social networks. Pieces of paper with Arab-German translations of sexual slurs and threats were found on some suspects. However, according to the Home Office of North Rhine-Westphalia (the region Cologne belongs to), the attacks were spontaneous rather than planned.

Be that as it may, it is clear that some immigrants have deeply ingrained patriarchal “values” of female obedience and a woman’s place, which can, in their eyes, legitimate sexual assaults against women who do not abide by these “standards”. These convictions must be fought and the principle of gender equality must be upheld. Certainly, it would play into the hands of the rightist movement in Germany to not expound these problems.

But on the other hand, it would be both factually wrong and racist to generalise and blame all immigrants, all refugees or all Muslims, the vast majority of which has never come into conflict with the law. Apart from this, such a generalisation would sow hatred between different religions and ethnicities, intensify the already existing feeling of some Muslims of being excluded from society – and thereby, ultimately, even heighten the risk of their radicalisation.

So what is the solution to this delicate situation? A society fighting against sexism must above all be credible. What message does it send if a young immigrant, stepping out of a asylum centre where he just learned about the equality of the sexes in an integration course, is confronted with a flood of advertisements depicting women in sexualised positions? Is there no irony in the fact that Cologne not only became the synonym for horrible sexual assaults, but at the same time is the home of Europe’s biggest brothel “Pascha”, advertising “oral and sexual intercourse starting from € 30”, whose owner thinks that a woman comes into the world “in order to serve and obey a man“? How credible does a state like Germany appear in its effort to support women’s rights, considering the fact that its President Joachim Gauck called a young women’s movement against everyday sexism a “virtue rage” only some years ago?

According to Karl Marx, the progress of a society can be measured by the position of its women. Germany should defend what it has achieved – and, simultaneously, strive for so much more.

[1] Considering that e.g. one of the Paris attackers had been registered as a refugee in several countries and thereby mingled with the vast majority of people fleeing from war, and taking into account that the attacker of a Paris police station had lived before in a German shelter for asylum seekers, we want to make the difference here between actual refugees and people who might have taken advantage of the overall situation in order to come to Germany with the plan to commit crimes. 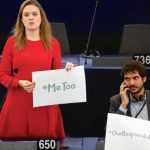 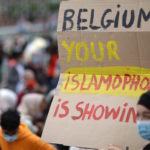 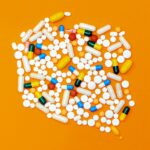