In many countries, quotas are used as an efficient measure to diversify politics. Egalitarian and female-friendly policy is closely linked to the number of female politicians. However, it should be carefully examined if making it easier for some women to enter the ruling class will improve social conditions for others.

Gender-balanced policy, positive discrimination, emphasizing the need for diversity in politics as well as in other social institutions: these are all measures that have been aimed at promoting women’s emancipation. In general, the call for women to become active members of the society is welcomed by the majority of people sharing progressive beliefs. Indeed, it is one of the points few feminists would argue about. It would be difficult to find a feminist who thought that female participation in politics should be avoided. However, this common agreement is very general. Politics, as well as economics and social activism, come in different shapes and sizes, and sometimes women can campaign for anti-women policy as passionately as conservative men do.

A Twitter user recently asked me: “How can you claim that women are well represented in Latvian politics if they only make 19% of MPs?” This question made me think once more that figures and statistics should never be isolated from their social context. All data should be analysed using a broader perspective, as it is the only way to escape far-fetched conclusions. The position of women in politics, as well as in economics, is multi-faceted and cannot be one-sidedly praised or condemned. The same goes for quotas – they are not sufficient to make Latvian politics more feminist and egalitarian. What is needed, is education, free discussions, and a move from Conservatism in a general manner. While focusing on counting female politicians, we tend to forget about the policy they campaign for. As a result, gender equality may be put in danger by the female politicians themselves.

Statistics say that since the restoration of independence in 1991, women have made up 8 – 21% of the MPs (the lowest rate was in 1995-1998 with only 8% of women in the Latvian Parliament and the peak was reached in 2011-2014 with 21%). Indeed, comparison with other European countries is not favourable to Latvia – even neighbouring Estonia and Lithuania show better results with 26% and 24% respectively. Activists from other countries with far better female representation in politics continue to educate, campaign and lobby for female quotas, and it might seem apparent that 19% of Latvian women in power is not enough. But the question is not about setting a specific figure that would indicate the desirable level of gender equality. Actually, the question that should be asked is: will equal representation in politics lead to a better and equal society, and how?

It is fairly understandable that in countries where the public sphere is rich in opinions and ideas, where different minority groups have their own agenda and are ready to present it to both general public and government officials, the struggle for diversity in power and decision-making is justifiable. But you must have this diversity in the public sphere, education, and culture first. This would ensure that alternative viewpoints could be formulated and that there would be women to campaign for equality and feminist policy when they get elected to the country’s parliament, with or without quotas. If not, what can actually happen, is an unexpected rise of fundamentalist rhetoric coming from newly elected female MPs. Internal misogyny is not uncommon in patriarchal societies and patriarchal views still dominate in Latvia. The government has been declaring its adherence to liberalism and so called European values[1] for a long time, but conservative forces paved their way to the tribune. 2015 was marked as the year when Latvian educational politics took a conservative turn and the previously unknown politician Jūlija Stepaņenko ascended to a high profile position. She, together with other members of Latvian Parliament, instigated changes in legislation. Gaining massive public support (but also encountering fiery criticism from the liberal sector of society) she achieved her goal: The Educational Law now reads that the “Educational system provides moral education according to values proclaimed in Latvia’s Constitution, especially those of family and marriage”. It also forbids the teaching of anything inconsistent with “moral values” – a definition so vague that any literature or social science lesson could become a punishable activity if a teacher is open about sexual topics, inequality, violence, and domestic abuse.

Unfortunately, these changes as well as other anti-feminist stances are promoted and advocated by women – politicians, public figures and grassroots activists. Jūlija Stepaņenko, Inga Bite and Ingūna Rībena are the most well-known female politicians who are actively campaigning for policies that could be described as non-feminist or even anti-feminist. In addition, these kinds of women are often invited to TV or radio shows as political experts, and they defend their ultra-conservative mindset more fiercely than any Edwardian gentleman troubled by rioting suffragettes. Of course, it would be unfair to suggest that all or even the majority of Latvian female politicians are conservative. However, the problem is that whenever a reactionary idea starts to circulate in Latvian society, there are always women in power ready to vindicate it. Why is this?

Unfortunately, the Latvian public sphere is not the place to encounter a diversity of opinions. Conservatism of different degrees is mainstream and alternative opinions are rarely expressed. In Latvia, as in many post-Soviet countries, wiping out Communist ideology resulted in hostility towards any kind of leftist and anarchist thought. Though new ideas do appear, they still have a far way to go to win hearts and minds. For the time being, alternative voices are few and marginal. Another reason for dominating conformist attitude of Latvian citizens might be immigration. Currently around 370 000 Latvian citizens live abroad, which is a significant number for Latvia with its 2 000 000 population size. Though the main reason for emigration is economic welfare, there is also a noticeable brain drain. Young, better-educated and free-thinking leave and don’t come back.

The problem is not with conservatism as such – after all, it is just one of many possible ideologies. But when there is no opposition, it is easy for politicians to exploit right-wing populism, promising to protect “our children” and “traditional families”. These ideas frequently resonate with popular opinion and those propagating anti-feminist agenda have massive support. The situation is unlikely to change in the near future unless we focus efforts on creating alternative ideas and discussion platforms, places where new ideas can be nurtured. If we only focus on formal gender equality implementation tools, e.g., quotas, the results may be unpredictable. Quotas are not bad per se, but are not enough to change existing cultural norms.

It might not be difficult to find 50 qualified female MPs in Latvia but we could never be sure that for the time being these women would use their power to create an equal and women-friendly society.

The issue of women and power is similar to that of women and economics. Women should certainly be encouraged to participate in every sphere of life, and modern societies should get rid of any obstacles to this, but we must not be blinded by the assumption that more women in power will make the feminist struggle easier. Latvia has still a long way to go until this conjecture is true.

Quotas in the country where women outside the government generally do not defy but support conservative anti-feminist policy, may be the wrong decision currently.

[1] “European values” is a fairly strange concept used frequently in the Latvian public sphere. Apparently it is some kind of mix of economic liberalism, human rights and European cultural heritage (with Christianity included or excluded, depending on the speaker). European values are often presented as in opposition to “Asian” (i.e., Russian), “Soviet” or, due to the current refugee crisis, “Muslim” values. Strangely enough, such European ideas as nationalism, socialism, communism, anarchism etc. are left out of this conception and described as wicked distortions of the correct and unchanging European ideal (though moderate nationalism is tolerated more than any hint of leftist political orientation). It proves once again that ideology which does not acknowledge herself as such, is ideology par excellence.

Tagged: Women in power and decision-making 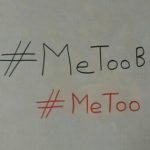