[:en]#MeToo began following the sexual assault allegations against US director Harvey Weinstein, and has since spread globally, including to European countries. What were the reactions in Finland, France or Germany?

Reactions to the #metoo -campaign in Finland mainly occurred in the fields of politics and culture. Especially younger female politicians shared their experiences and showed support to the campaign. This includes the party leader of the Left Alliance, Li Andersson, Social Democratic Member of Parliament (MP) Sanna Marin and Centre party minister & vice chair Annika Saarikko, just to name a couple. The backslash has been rather light, although MP Teuvo Hakkarainen, for example dismissed #metoo and sexual harassment as nonsense, as “it won’t leave even a scar.” Ironically, there was a police report filed against Mr Hakkarainen by a fellow MP, stating drunken Hakkarainen grabbed her and tried to forcefully kiss her. This forced Hakkarainen to resign from his position as the vice chair of populist the Finns party.

Multiple women from the Finnish film industry reported cases of sexual harassment, which was described as a common phenomenon that has deep roots. According to director Heidi Lindén, this has made many women leave the industry. She had collected stories of some 40 women, in which the same 5-10 men are mentioned. Outside film and television, also multiple notable female artists have gone public with their experiences in the music and acting world.

The most notable cases where the name of a harasser has been brought to public, were singer and recording artist Tomi Metsäketo and director Lauri Törhönen. In the beginning of the campaign multiple women came out describing Metsäketos’s behaviour, on both the dating app Tinder and outside of it, as improper and harassive which was often followed by verbal abuse after rejection. Metsäketo was fired from a musical production after his behaviour was brought to public. Törhönen’s behaviour had continued for decades. 20 women came out to the national Finnish broadcaster, describing anecdotally Törhönen’s harrassive behaviour which had continued from 1980s until his retirement. As a notable figure in the Finnish film industry, his actions had many eyewitnesses, but rarely, if ever, someone intervened.

Overall the Finnish reaction to #metoo has been rather limited and it is yet to lead to major changes. On of the reasons can be the earlier #lääppijä campaign, from early 2015, which did share many features with #metoo. Yet some national spokespeople have considered the campaign to be one of the most major women’s rights acts since the right to vote was gained. More than 50% of Finnish women have been harassed sexually.

When #metoo bacame well-known, Sandra Muller, a French journalist based in New York, launched the hashtag #balancetonporc (“call out your pig”) which also spread virally. Some people feared the movement would cause a massive denunciation of men, regardless of the seriousness of their acts. The truth is very few men have been called out by name, and one of them, Frederic Haziza, who was accused of sexual assault by a former colleague, was suspended from his job at the Parliamentary channel just for a few weeks!

At least people were talking about sexual harassment and more and more articles about consent were seen in mainstream media. Until a backlash took place:  An op-ed signed by 100 women (including famous actress Catherine Deneuve), published in early January, called calling for “a freedom to disturb” and accused current feminist movements to allow a return of some form of puritanism and censorship in the arts. Following this, lots of articles were published in response. There clearly seems to be a generation gap thought between women who had come to think of harassment as inevitable, and younger ones who refuse to put up with it. Social status also plays a part : most of the 100 women from the op-ed are upper-middle class, probably not users of public transportation and public spaces. Their lack of solidarity was called out by many feminists, in France and elswhere.

Several actresses have accused well-known director Dieter Wedel of harassment, bullying, assault and rape, having taken place in the 80s. One of the actresses was pregnant at the time of shooting and lost the child following a nervous breakdown. After the accusations had been published in the renown newspaper “Die Zeit”, Dieter Wedel had a heart attack. He has denied the allegations, but a doctor’s report originating from a previous internal investigation of the Saarland* Broadcasting Corporation has substantiated them. According to this report, when the main actress came forward about the rape, the decision was taken – to replace her with another woman.

Germany has known a similar debate to “metoo” in 2013 with the hashtag “Aufschrei” (“outcry”). It is therefore not the first time the country discusses sexism and harassment, however this time the global scale of the movement gives it another dynamic.

*Saarland is one of the 16 regions of Germany.

When the #metoo movement received an extraordinary international coverage, in Spain, the news about the political crisis with Catalonia was the main topic in the media. Therefore, the effects of the #metoo movement in Spain have not been as pronounced as in other European countries. Despite the fact that no Spanish “big name” has been seriously affected by the public denunciation of sexual harassment and abuse, Spanish women have joined the movement. A group of 3,000 women working in the the field of arts have created “La Caja de Pandora”, a group denouncing that acts of sexual harassment and abuse happen continuously and systematically and that aggressors are protected by the industry. The group was first created to support the dancer Carmen Tomé, who denounced the sexual abuse she suffered from Javier Duero, a well-known man in the world of arts and culture in Spain.

Several Spanish actresses, politicians and journalists have also publicly spoken about their experiences of sexual harassment and abuse. Some of the names that stand out are Teresa Rodríguez, politician, and Clara Lago, actress. During the recent Goya gala, the Spanish film awards, the red carpet transformed itself into a place for making demands, thanks to the #másmujeres campaign, inspired by #metoo and also “Time’s up”. Personalities from the film and TV Spanish industry denounced the persistent gender inequalities, such as the pay gap and the scarce nominations and prizes received by female actresses and directors.

Since #metoo went viral, there has been a discussion in the UK around vulnerability, the power of empathy and mutual support, especially surrounding sexual harassment in all workplaces and industries. However, the discussion has not all been framed in an empowering light, with many pointing out that this in fact can put more blame on the victim and paves the way for a rhetoric that #metoo has gone too far and is out to attack men who only made some minor aggressive action in their distant past. The aftermath of #metoo demonstrates that the framing of sexual harassment, the education and understanding of the implications and the pervasiveness of the aggressions, needs a complete overhaul.

In line with the Time’s Up campaign in the US, British actors and activists wrote a Unity Letter just ahead of the Bafta Awards calling for an end to sexual harassment and discrimination in the entertainment industry. The Justice and Equality Fund has been set up and is currently raising funds, to challenge sexual harassment in all industries and sections of society. The fund will support organisations working on advice, legal assistance and advocacy to safeguard those affected and encourage safety. Celebrities such as Emma Watson, Keira Knightly and Emma Thompson have been donating to the fund.

Gender based violence and COVID- 19: A view from international soft law. 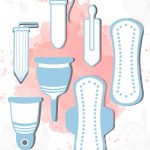 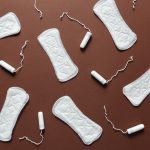