Latvia is praised as a country where 36% of leading positions in private business are occupied by women. As an intersectional feminist, our author however can’t but notice that the ruling ideology in Latvia is not friendly to women of humble backgrounds.

Economic empowerment has been on the feminist agenda for decades; one could say that the demand for financial independence was one of the first tenets of feminism. However, although women have been keen on acquiring new skills and mostly willing to earn their own income, the employment rate for women is still considerably lower than that for men. In 2014, 70.1 % of the EU’s male population were employed versus a significantly less 59.6% of the female population. There are considerable differences in gender gaps between different EU countries; for example, in Malta and Greece the difference between employment rates for men and women is as wide as 16-25 percentage points. In contrast, Finland, Sweden and Denmark show very little gender based employment differences – 2.1, 3.8 and 5.0 percentage points correspondingly.

The same could be said about Latvia – the employment rate for women here exceeds the EU average. According to statistics, Latvian women are better educated – 67.5% women and 32.5% men graduated from university in 2012, 65% women and 35% men obtained their PhD in 2011. If salary depended only on professional skills and education level, Latvian women would be better paid than men.

But unfortunately, it seems that employers place more value on something else, namely, gender. The gender wage gap in Latvia is 14.4%. To put it bluntly, Latvian women do not profit much from their education.

Despite this obvious inequality in the labour market, Latvian women are well represented in politics and big business. This phenomenon, combined with the high employment rate, helps Latvia to appear better in terms of gender equality in the EU statistics and to hide the unpleasant social reality which undermines the lives of thousands of ordinary women who do not happen to be a prime minister or a CEO.

The aim of this article is to examine the peculiar disproportion of women with and without economic power and to find an answer to the following question – should economic empowerment be viewed as a goal per se or should we take into account all detrimental effects it brings upon other women? I am going to contest a general notion of liberal feminism that individual success is the best a woman can aspire to.

Unexpected success of Latvian business ladies – should we be happy for them?

Brand new research has recently been published by the European Institute for Gender Equality (EIGE). It was discovered that 36% of leading positions in private business in Latvia are occupied by women – this rate could be compared with those of Scandinavian countries or France. Neither experts in the EIGE, nor local social researchers can fully explain the reasons. Many hypotheses have been suggested to explain this phenomenon: the historical tradition of working women in Latvia, the necessity to work to survive during the tumultuous 1990s or the fact that there are more middle-aged women than men in Latvia. Despite some confusion on this matter experts tend to agree that Latvia has done a good job and its good practices should be studied and copied in other countries. Technically speaking, this is a good approach – if a woman can become a CEO, it is, after all, far better than if she is hindered from doing so. However, if we want to go beyond the classic ideas of liberal feminism, we should evaluate the consequences of this phenomenon and challenge the consensus that the aforementioned figures are a sign of a well implemented gender equality policy.

The collapse of the Soviet Union brought with it massive impoverishment for many. While the Latvian economy grew increasingly since 2004, the country was hugely affected by the 2007-2008 economic crisis. According to both Latvian and EU officials It has since recovered well – an opinion contested not only by the Latvian opposition, but also by the American economist and Nobel Prize winner Paul Krugman. For brevity’s sake I will not discuss the economic data here but would like to emphasize that popular thoughts and opinions on poverty, poverty risks, inequality etc. are impacted by the ruling economic ideology – that of the active, innovative rich, and the lazy, passive and poor. Moreover, trickledown economics (the theory that wealth trickles down from the rich to the poor) is still a ruling concept for Latvia’s politicians and high-profile economists.

Without taking into the account how capitalism was introduced in Latvia in the early 90s, we cannot hope to fully comprehend the national solutions proposed to eliminate gender inequality. Calls to create one’s own employment, and to “stop relying on the state” are accompanied by condescending remarks towards “backward” older people. They, according to many Latvian opinion makers, have a mysterious mindset called “Soviet thinking” – a description often used to mock the destitute. Both women and men are affected by this policy, however officials are proud of women who adopt the necessary attitude and make their way up the ladder towards senior management.

But how should feminists evaluate this situation? This depends on the position they occupy within the feminist movement itself.

What kind of feminism does Latvia need most?

For liberal feminists, the key for women’s empowerment lies in the area of rights. If women are denied their civil, economic, and indeed, any other rights, this situation should be changed to better meet the rights of women. When legal barriers are removed, women can become active members of society, namely capitalist society. If we adopt this stance, there is certainly nothing wrong with female CEOs, on the contrary, we should praise them for their entrepreneurial abilities and present them as role models for kids and youngsters.

Marxist feminists would likely posit that in a capitalist society a person can never make a truly free choice in order to enjoy economic empowerment. Not everyone will become a top manager, not only because they lack skills or motivation but primarily because the social conditions they live in are limiting their opportunities. Even in a world where there are no discriminatory laws, for the majority, the world is only their oyster in theory.

The intersectional feminist seeks to unveil the roots of discrimination in economies, ideologies and distributions of power. For intersectional feminists gender is not the only issue; race, class, age, ethnicity and education matter as well. All these characteristics can make a woman more or less privileged in comparison to her fellow citizens. Making women’s success pivotal might be a dangerous thing – the slippery slope of identity politics is that we might praise economically empowered women who are as invested in maintaining the status quo of inequality and exploitation as men.

So, what kind of feminism will not only eliminate formal gender inequality but also help to diminish inequalities between more and less privileged women? As a Latvian citizen, I am neither happy nor proud of our female ex-president, ex-prime minister, ministers, and dozens of other members of the political and financial elite. As a feminist, I appreciate the absence of legal obstacles to become a businesswoman or the Parliament’s spokesperson, but as an intersectional feminist I can’t help but notice that the ruling ideology in Latvia is not friendly towards women of more humble backgrounds. Rather than presenting the 36% of Latvian women with huge economic power as the national success in fighting gender inequality, the following actions should be taken:

There is little doubt that feminism must discuss economic issues; if topics such as precarious employment opportunities, the wage gap, student debts and a volatile financial future are excluded from feminist debates, the whole movement would become estranged from reality. However, it would be better if feminists questioned the very concept of economic success in a divided world full of exploitation and inequality. Economic empowerment does not necessarily mean becoming a member of the ruling class. Indisputably praising those women who managed to get through the glass ceilings and gender stereotypes, and become a top-manager is a one-dimensional response to limited economic empowerment. Behind every CEO, male or female, there are thousands of people who could be made redundant or exposed to unbearable working conditions by that person. To give voice to people who are less privileged should be vital for any social movement if it claims to promote equality; women all over the world are at a heightened risk poverty in comparison to men. It is obvious that not all women can become CEOs even in Europe. Therefore, an intersectional form of feminism which takes into account not only gender but class is the way forward. 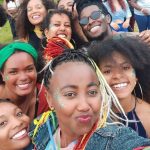 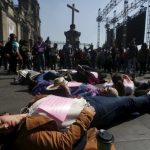